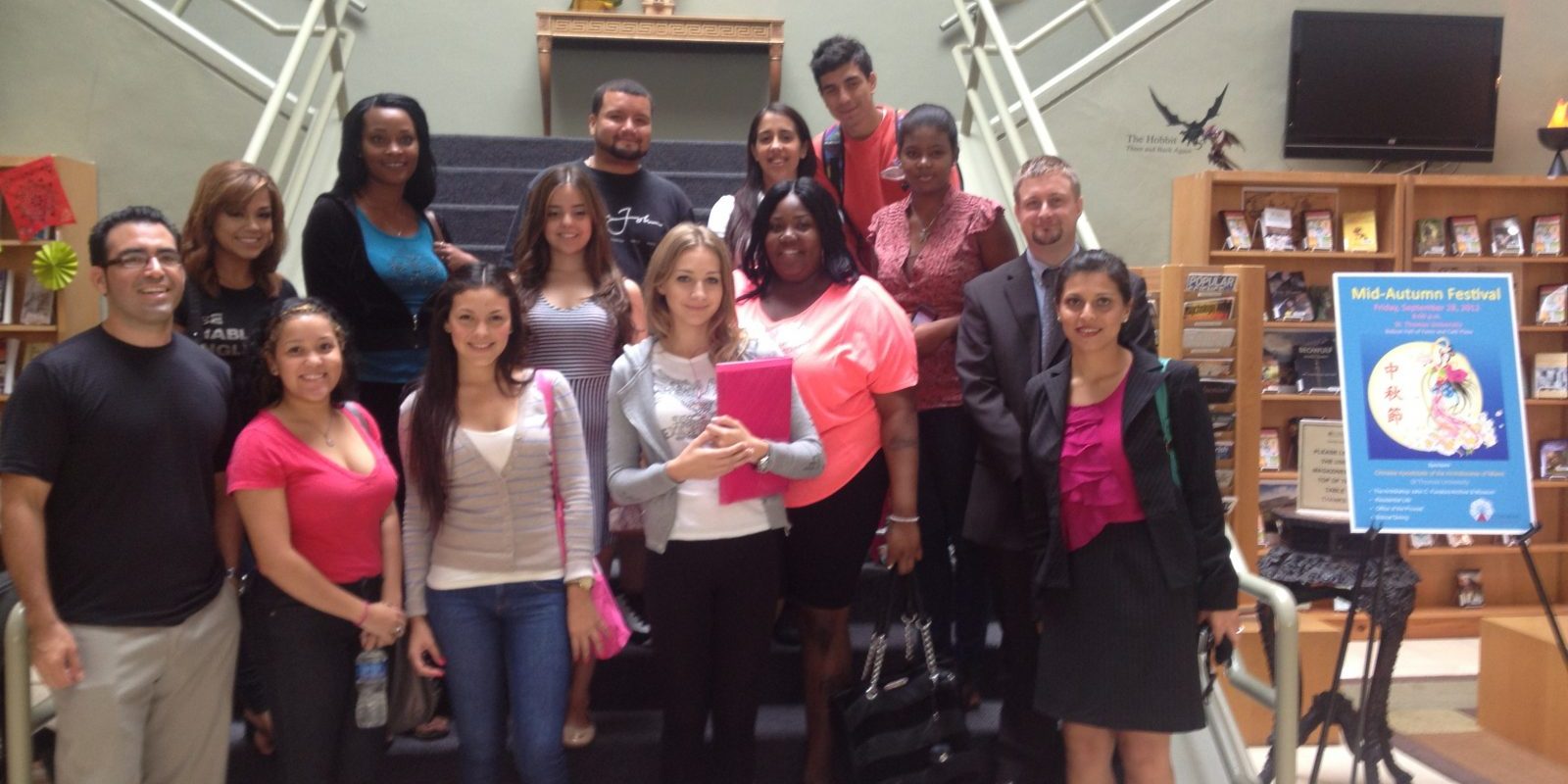 “It was a humbling experience for myself to go back to school and speak to these soon to be young professionals,” he said. “When I was in school, I looked forward to listen and learn from others who were veterans of the profession to gain insight on media. I am looking forward to returning back on campus and sharing some more of my experiences of my career.”

Topics such as using social media, smart phone apps, blogs, creating website, youtube channel and demo reel were covered by Roman encouraging students to get started on their portfolio before graduation.

Roman is a freelance journalists, who has covered presidential elections, mayoral elections in Latin America, government issues, sports and community affairs. Currently, he writes for The Miami Herald, Highlands Today and CFAfights.com. He is also the host of the top rated The Roman Show, which airs live every Tuesday and Wednesday on the www.blogtalkradio.com radio network. Follow Roman on Twitter @romandh or instagram @romandh.