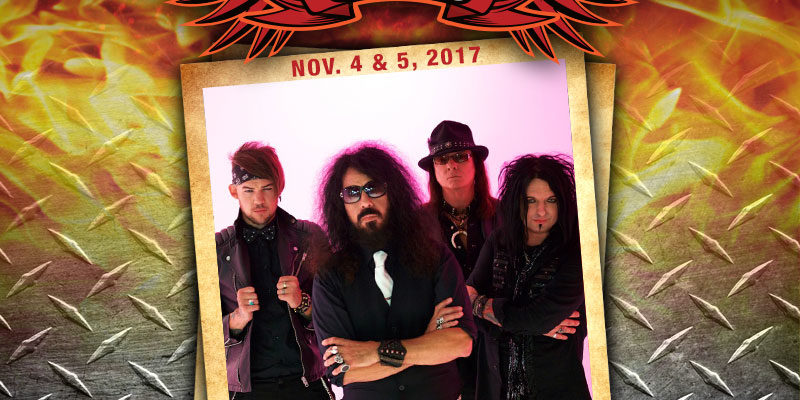 Now located at the spacious C.B. Smith Park, it will allow Rockfest 80’s to be even bigger and better than last year. Escape back to the decade of excess where glow in the dark fashion ruled the runways and everyone’s hair was as big as the hits on the radio.

About each band announced so far:

Quiet Riot—Originally founded in Los Angeles in 1973 by the late guitarist Randy Rhoads and bassist Kelly Garni, Quiet Riot is a glam metal band that has undergone several periods of reinvention. “Cum on Feel the Noize,” “Bang Your Head (Metal Health) and their cover of “Mama Weer All Crazee Now” remain some of this iconic group’s most beloved hits. Current members include: Frankie Banali on drums, Chuck Wright on bass, Alex Grossi on guitar and “American Idol” finalist James Durbin on lead vocals. Quiet Riot is dropping a new album, Road Rage, later this year with new lyrics and Durbin on vocals.

Dokken—American metal band, Dokken, sold more than 10 million albums churning out hits such as “Alone Again,” “In My Dreams” and “Burning Like a Flame.” Don Dokken, Jon Levin, “Wild” Mick Brown and Chris McCarvill are touring together for the first time in nearly 20 years.

Steelheart—Originally known as Red Alert, Steelheart has been revving up audiences since 1990. Hits such as “I’ll Never Let You Go (Angel Eyes)” and “She’s Gone” solidified Steelheart’s place in rock history. Lead vocalist Miljenko Matijevic, lead guitarist Uros Raskovski, Rev Jones on bass and Mike Humbert on percussion currently make up the band. Steelheart is releasing a new album this summer set to include a few surprise guest appearances on the recording. It will be the band’s first new album since 2008.

Foghat—British rock band Foghat achieved eight gold records, one platinum and one double platinum record and continue to wow audiences with familiar favorites such as “Slow Ride” and “Fool for the City.” Current members include: drummer Roger Earl, bassist Craig MacGregor, lead guitarist Bryan Bassett and vocalist and rhythm guitarist Charlie Huhn. Last summer, Foghat release a new album, Under the Influence, which was their 17th album and first record since 2010. The album features a new version of their biggest hit “Slow Ride.”

More band announcements coming soon…stay tuned by signing up on our e-mail newsletter for the latest show updates: www.rockfest80s.com.