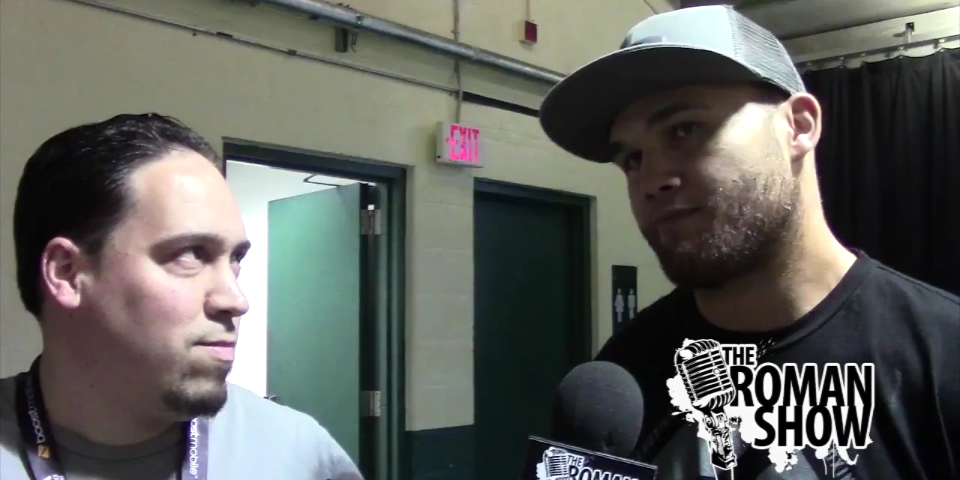 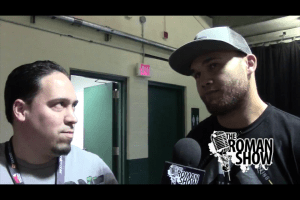 Good things come to those who wait. That’s the case for Ultimate Fighting Championship Fighitng’s fighter Robbie Lawler (22-9-1) who gets his shot at the promotion’s vacant welterweight title for the first time in 14 years of his career.

Days before his fight, he spoke to The Roman Show.

The California born fighter credits many changes for his recent success.

“I changed my diet,” he said. “I still have the love of my sport and I moved to American Top Team in Florida, where there’s great training, coaches and great weather.”

He said he is not worried of what others think despite the media hyping up his opponent.

“Jonny is the hot commodity,” he said. “He is the guy who beat GSP. I am just a guy coming in who is not supposed to be there and they wrote me off. I am not worried what others think,”

The UFC welterweight title has been vacant ever since the former champion Georges St. Pierre retired momentarily from the sport. Hendricks lost a controversial split decision.

Hendricks is known for his knockout power and wrestling, but Lawler is not to far as he counts on 18 knockout victories in his career. The Roman Show caught up with him prior to his last victory against Rory MacDonald. Lawler said he has prepared himself for battle.

“My body is healthy and everything is clicking in at the right time,” he said.

When it comes to countering Hendrick’s wrestling,” I move my feet. We have good wrestlers and coaches. I wrestled at University of Iowa. They push me.”

Lawler also talked his corner and how he came to the Florida camp.

Also on The Roman Show, the 21-year-old Justin Scroggins (8-0) puts his undefeated record on the line against the veteran Will Campuzano (13-5) on the UFC’s fight pass. Scroggins said he has enough experience besides what others think. He said he started to compete in martial arts at 13.

Click below to hear both interviews on The Roman Show.