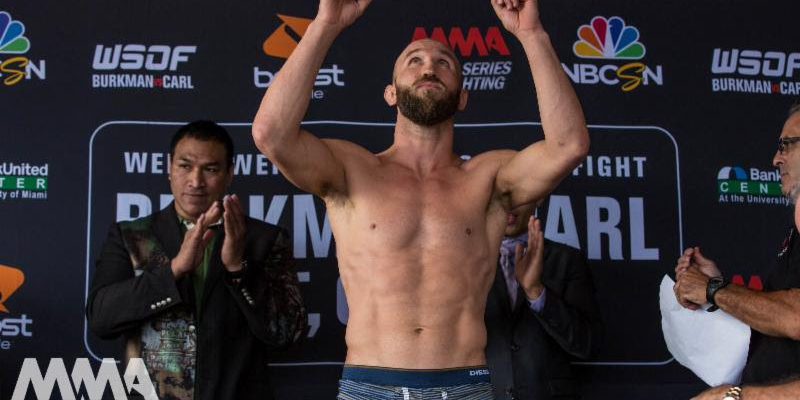 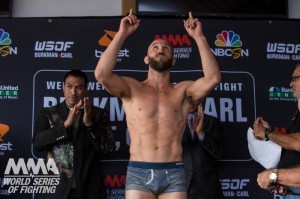 Plus, just days before UFC 171, we talk to a fighter in the title fight and another one set to our his undefeated record on the line. While we welcome a veteran fighter looking to climb up the win column in the World Series of Fighting. The show airs Wednesday March 12 at 9 p.m. Click here to hear it LIVE!

Just days before his first UFC welterweight title shot at UFC 171, American Top Team’s Robbie Lawler talks about fighting for gold; the young UFC flyweight Justin Scroggins puts his 8-0 record on the line at UFC 171 and will join the show to discuss how he plans to defend it.

Josh Burkman is in hopes to get back on the win column and he has a chance to do it at World Series of Fighting 09…find out how he looks forward to bounce back.

Indy sensation Jessy Sorensen will be in action at the Miami-Dade County Youth Fair Friday. He will also be in action at CWF in May. He tells us how he plans to get in a warm up prior to his May match.

Serensen is an American professional wrestler heartthrob, who is best known for his time in Total Nonstop Action Wrestling (TNA), where he suffered a severe neck injury. Sorensen’s doctors estimated that he could need up to one year to fully recover from his injury. In 2013, a fan asked him when he’ll come back.
Sorensen said there will not be a come back, but there will be a new beginning.

CZW Champion Drew Gulak! Drew is coming down to Florida to pay a visit to Full Impact Pro wrestling this weekend and he will be defending his CZW Championship. Hear how he plans to defend it.