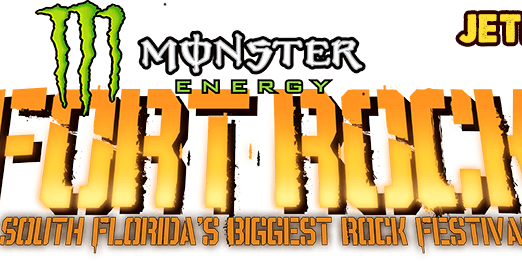 “5FDP is incredibly excited to be part of the kickoff of the World’s Loudest Month,” says Five Finger Death Punch’s Jeremy Spencer. “Having already ‘rocked’ Rockville, this will be our first time bringing it to Fort Myers. We are blessed to have so many fans in Florida that made it possible for the band to step up as a festival headliner standing beside giants like Korn and Rob Zombie! Thank you, Florida. See you all soon!” 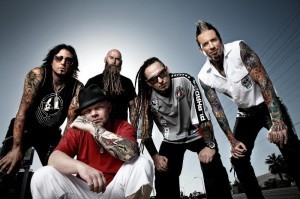 Regularly priced General Admission and VIP tickets for Monster Energy’s Fort Rock go on sale Friday, January 31 at 10:00 AM ET at www.FortRockFestival.com and all Ticketmaster outlets. General Admission tickets start at $49.50 and VIP tickets start at $99.50, with ticket prices increasing on February 10. In addition, select Pita Pit locations will be selling General Admission tickets for $50, with no service fees. A limited number of discounted GA military tickets will be available for just $29 via www.govx.com. Visit www.FortRockFestival.com for full details.

Monster Energy’s Fort Rock is the kickoff event to a series of festivals produced by Danny Wimmer Presents and AEG Live, that also includes the massively successful Rock On The Range, and Carolina Rebellion festivals. Monster Energy’s Fort Rock is also part of the Florida kickoff—along with Monster Energy’s Welcome To Rockville in Jacksonville—of the World’s Loudest Month. The World’s Loudest Month was created in partnership by AEG Live and Danny Wimmer Presents and features the biggest names in rock music performing in six distinct concert atmospheres across the country on five consecutive weekends.