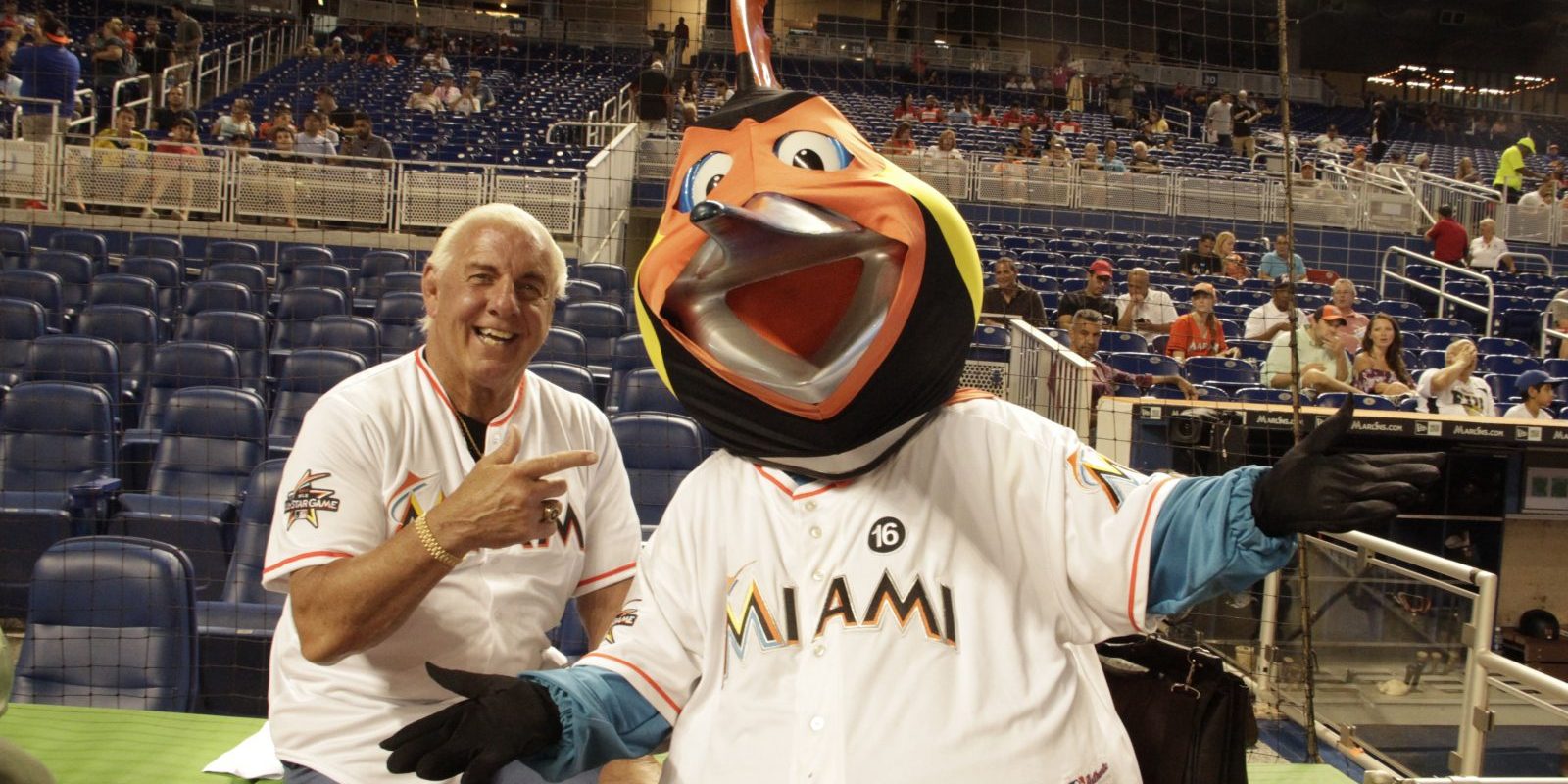 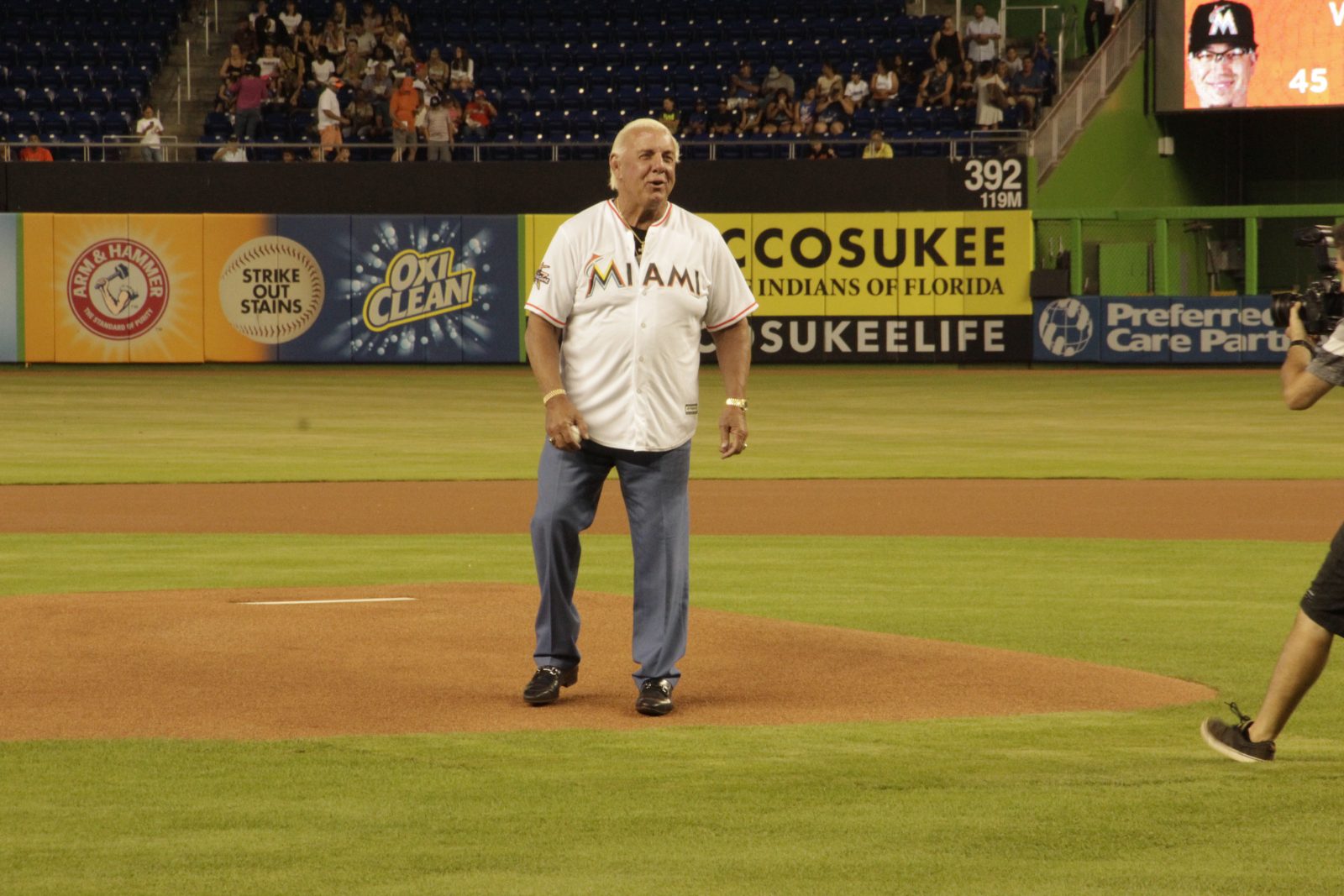 The Nature Boy Ric Flair spoke about his upcoming ESPN’s 30-for-30, John Cena breaking his record, and being friends with Miami rapper Rick Ross, Snoop Dogg and more.

The two time WWE hall of famer spoke to The Roman Show at the annual Miami Marlins Wrestling Night in Miami, FL Friday.
Flair said fans will learn a lot about his career in the upcoming ESPN 30-for-30.

“I’ve seen it twice,” he said. “I think they are going to see a whole different side of wrestling. They’ll see the commitment I made to wrestling and some of the mistakes I made for my family. I used to wrestle 365 days a year, twice on Saturday and twice on Sunday. I don’t think people know that for that for twenty years. I think I’ll be a folk hero with men but all women will despise me.”

He said that he is a big fan of rap stars such Miami’s Rick Ross, Snoop Dogg and others. He gave his opinion about the hit song Ross’s hit song “Bout that life” dedicated to the man himself.
“I love Rick (Ross). I see him when I am down here. He lives in Atlanta. I am honored. I’ve done stuff with Post Malone. I like Rick Ross, Post Malone, 50 cent, my closest friend snoop is on 30 for 30. I am a big fan of Snoop Dogg.”

He later said, “Snoop gave me credit for creating swag.”

Flair also gave his take on WWE superstar potentially breaking his record of most World Title reigns in sports entertainment and if he would attend the match. He also said Cena’s potential future.

“I love John Cena,” he said. “We are good friends. If he breaks the record, I wouldn’t be bothered at all. If they fly me in, it will be tipping me off so that can’t happen. If I am there that would be great. I don’t think it’ll happen. I think the next thing for John is hosting Good Morning America or the Today Show.”

He also talked about the most expensive robe he has worn and more.