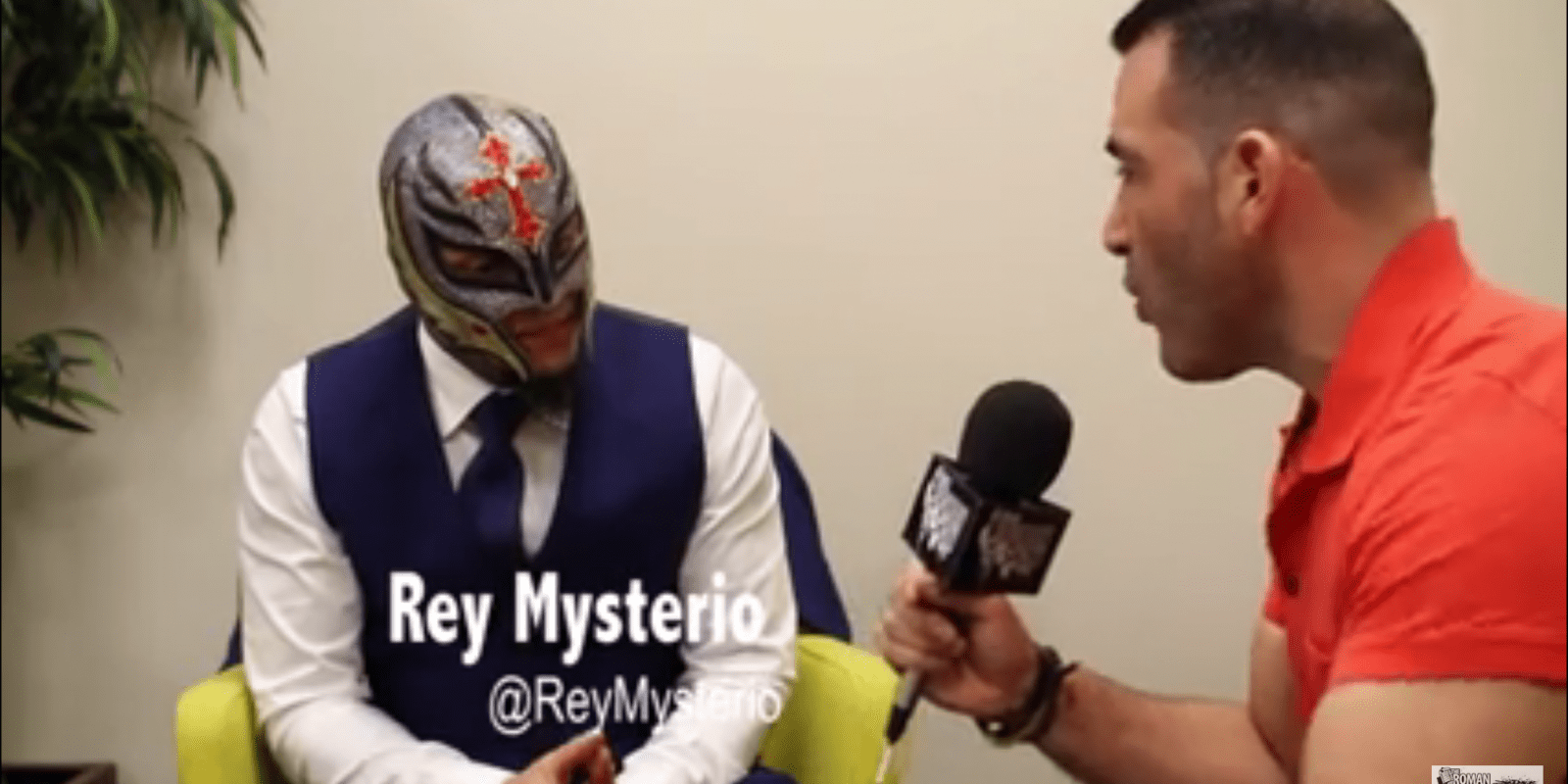 Lucha Underground’s Rey Mysterio joined The Roman Show talk about removing his mask early in his career and who’s decision was it, Lucha Libre being appreciated in the United States, Kalisto and A.J. Styles.

The former WWE champion talked about wrestling without his mask.

“It was a hard decision,” he said. “It wasn’t my call it was on the hands of Eric Bischoff.”
He also said he started a new trend taking pictures with fans with or without the mask.
“My uncle was doing it,” he said. “Silver King was also doing it. he had lost his mask . He came out in the movie Nacho Libre. Its always been a mystique to carry your mask. But it’s a new era of wrestling. A new trend started. I would take pictures without the mask.There are a lot of new fans that never saw that part of my career. They know me as Rey Mysterio with the mask.”

Mysterio also talked about why Lucha Libre hasn’t made a major impact as it should in the United States and Lucha Undergound serving as the stage for luchadors.

“Mexico has a big roster and thers a lot of talent. The united states is limited what you can do,” he said. “Lucha undergound is the gateway to any luchador that wasn’t to come and be part of this roster.”

He later added, “Keep in mind. Lucha lire hasn’t been displayed in the us in abundance. Its been subgle. The pioneers was mil mascaras. Then that died down new talent was rising Eddie Guerrero was the next one then Konnan. Konnan had a big success.”

He mentioned how Eddie Guerrero helped his career catapult to what it became in the WWE.
“He pretty much everything on the table for me,” he said. “I tried to do as much as I can to put lucha on the map. I had a little help from Alberto Del Rio.”

Mysterio also talked about being entertained by watching WWE superstar Kalisto and matches he would have liked to have happened.

“After I left the WWE a lot of matches wanted to see during my time with the WWE never happen cause the opponent was somewhere else, like Low KI, A J Styles,” he added.

“(Kalisto) he is awesome,” he said. “He is creating his own fan base. He is unique I like watching him a lot. He is entertaining.”

He also added potential matches he would have liked to have been a part of.

Arena Mexico is a cathedral for lucha libre, Mysterio wrestled previously in the venue highly respected and acclaimed. He once competed for the longest running Mexican lucha company CMLL.

“I had the opportunity to be part of that organization back in 2000 when WCW was going down. I really had know where to go. You always heard from the wrestling boys in Mexico if you wanted to be recognized as a luchador step foot in arena Mexico. I felt it out for a couple of Mexico. I can compare it but its like lucha underground in the temple. “