Rey Mysterio Jr. is a fan of Daniel Bryan and if he is open to work with him 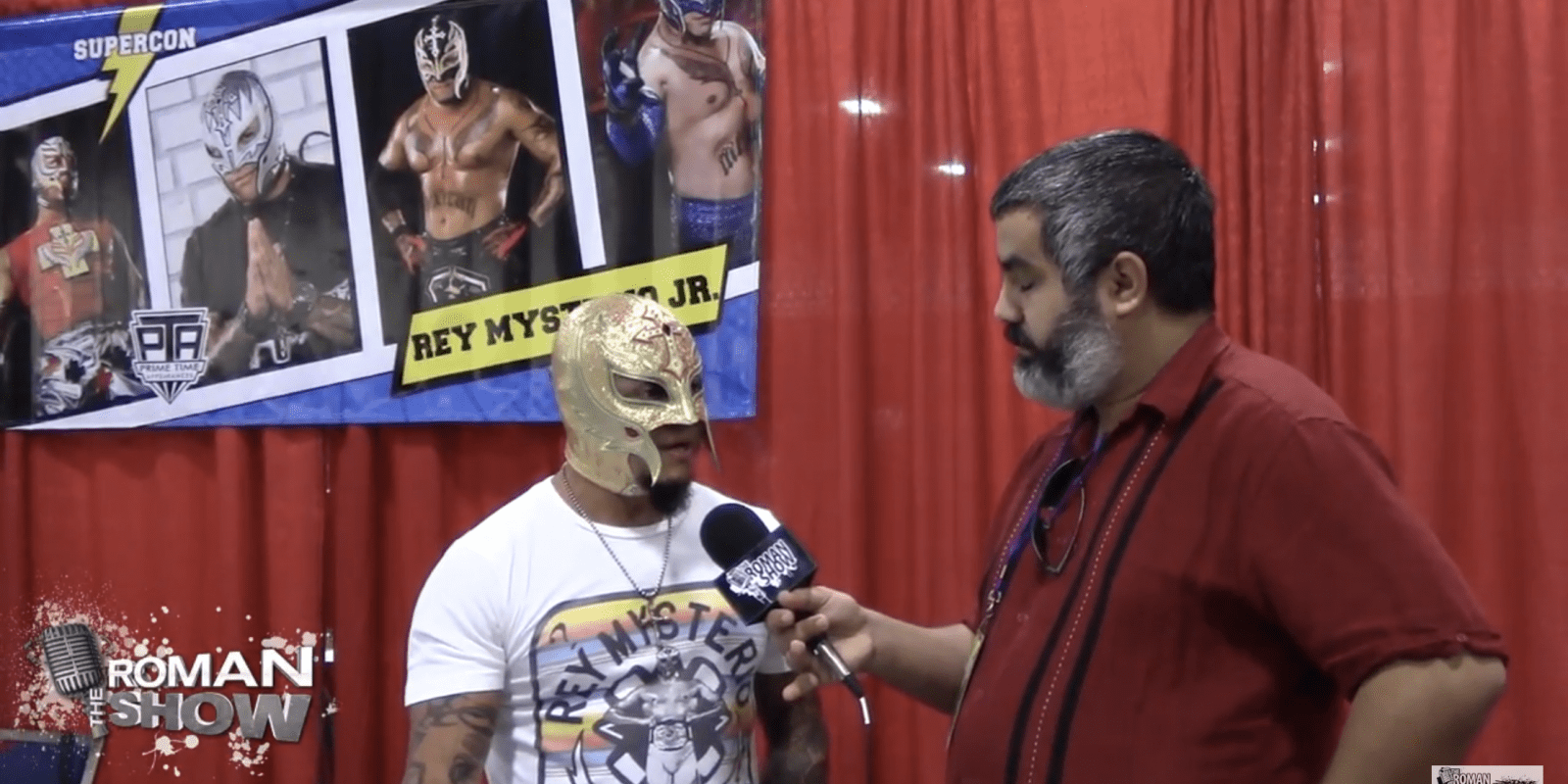 Mysterio spoke to The Roman Show at the annual Florida Supercon in Fort Lauderdale, Fl.

“I was very happy for Daniel Bryan for his moment and for the success he has had throughout his career even after an injury that had him out apparently permanently and him having the strength the heart of steel to come back and defeat the odds to want to perform so bad that he did what he had to do to set his feet in the ring as a wrestling, superstar,” he said. “He is tearing things up. But the thing that we opened up the doors for guys like Daniel Bryan that is something special for me and for the stars that came along like Psychosis and Juventud Guerreras at the time and we took advantage of it. We were just given the platform and Daniel Bryan was given the same thing. I love watching Daniel Bryan perform.”

He also commented on the possibilities of working with Bryan.

“Anything can happen,” he said. “I did two Royal Rumbles for WWE this year. If you happen to see me on a Raw or Smackdown and you want to see a certain match then you already know I am doing what am doing out here.”

He gave his opinion on the ROH and New Japan Pro Wrestling event at Madison Square Garden next year during Wrestlemania weekend.

“You have to put in perspective the amount of good talent they have is unbelievable,” he said. “You combine ROH and New Japan you have a great roster to look at. I wish them the best of luck.”

He also talked about Expo Lucha, Aro Luch and more.