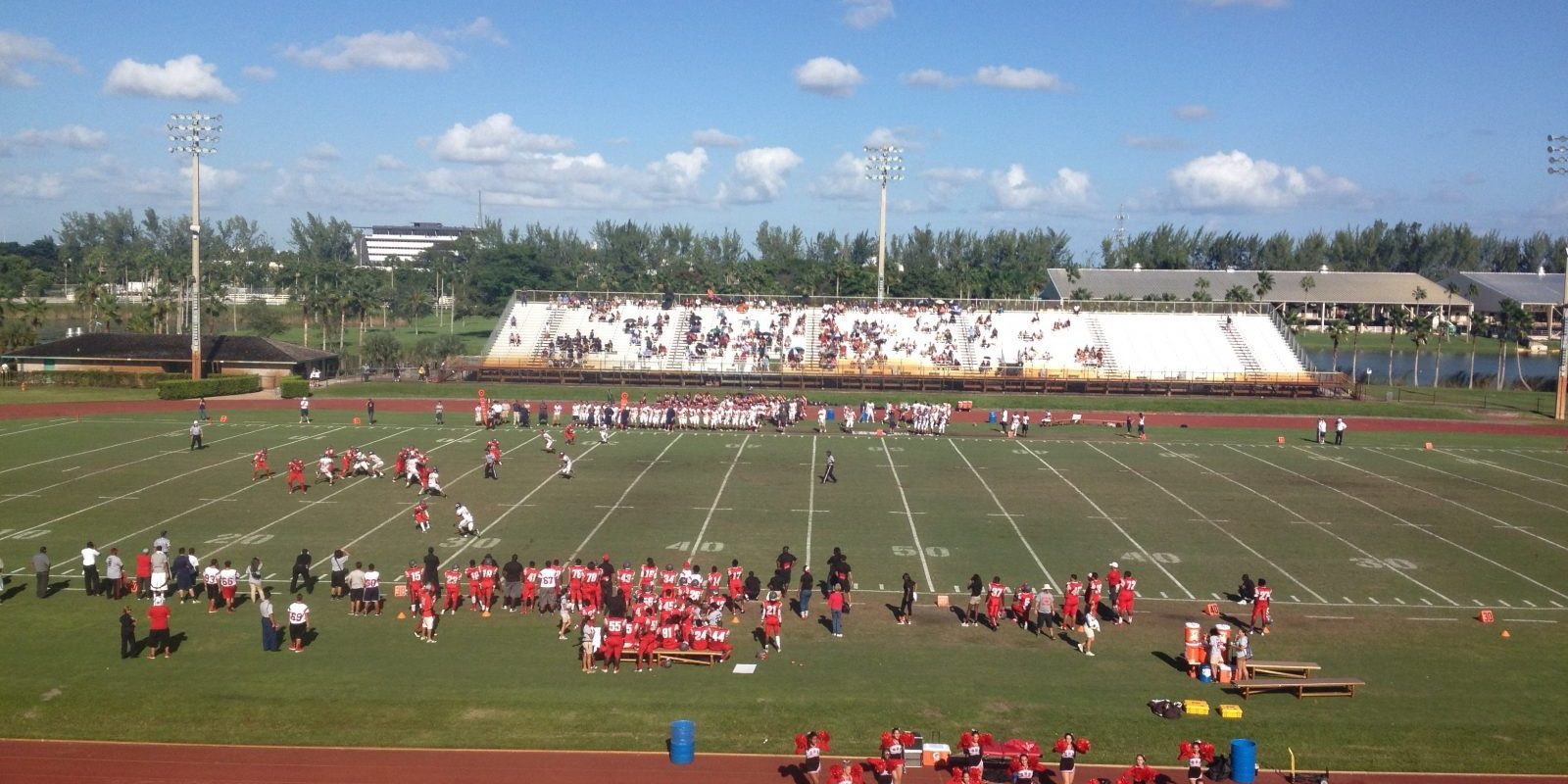 It has been over ten years since I last stepped on a high school football field and by God did I have memories of hard hits and helmet clashing. For four years, 1996-2000, I played football for Coral Park Senior High School playing several positions like defensive tackle and end and offensive guard and center. Yes, I played the position despite being underweight, which was challenging but made me realize mountains can be climbed no matter the height. Today I covered Coral Gables vs Columbus at Tropical Park, where I played several games under the hot sun and heavy rain. It was great to see that the passion still exists this day in age considering you don’t see too many kids playing ball out on the street as back then. Nonetheless, the community stands behind with full support. Watch as my story airing on Coral Gables TV highlights the rich history of football in this town and how it has served as a launching pad for successful players. Look for it soon.