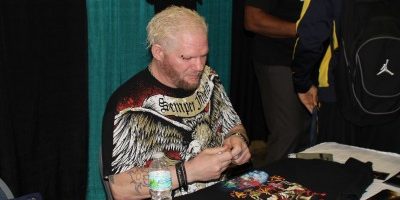 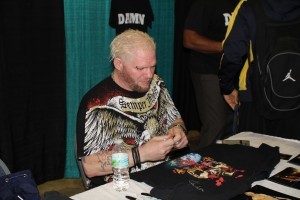 Former ECW, WCW and WWE superstar Raven said if he were to reverse the hands of time, the Flock leader has one person in mind he would like to go toe-to-toe inside the squared circle.

The Roman Show caught up with Raven at the Magic City Con in Miami.
“I would like to have wrestled WWE Hall of famer Chief Jay Strong Bow,” he said. “Of course, I would have been 12 years-old when I could have wrestled him when he was in his prime or maybe 9 years-old. But I think I could have beat him.”

Raven also talked about his current status in the business and his role with Resistance Pro.

“The promotion, we were signed to do a reality show so we are in the middle of shooting that and we haven’t finished that,” he said. “Things are still going.”

In regards to wrestling, he said money would play a role if the fans would ever see him in action.

“I am kind of retired and I like it,” he said. “You have to pay me a lot if you are going to get me off my couch.”

He also voiced his opinion on the current state of wrestling.

“It’s worse in my opinion. It’s interesting there is a higher level of athleticism that there has ever been but it is much less interesting which is why wrestling is sports entertaining. The story telling isn’t there.”