Proposing to my fiancee 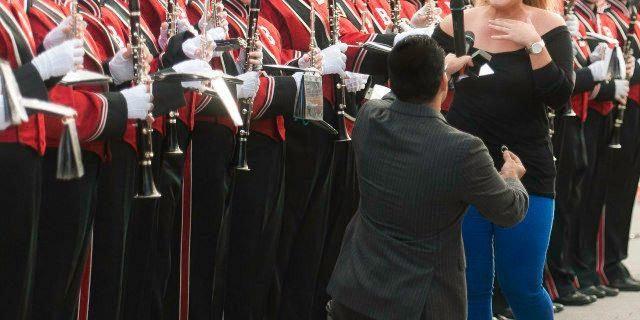 It was probably the most nerve wracking moment in my life as I proposed to my fiancee Catherine Llorens at the 64th annual Junior Orange Bowl Parade in Coral Gables, Fl. It was live on television. After fooling my then girlfriend to help me apply my makeup and hold my cue cards, which I never used, I called her to deliver a special message she will never forget. She couldn’t stop shaking as more than 1,000 people witnessed it in person and many more on television. Thank you to Coral Gables Television, the Junior Orange Bowl Commmittee and the Million Dollar band form Panama City, Fl.