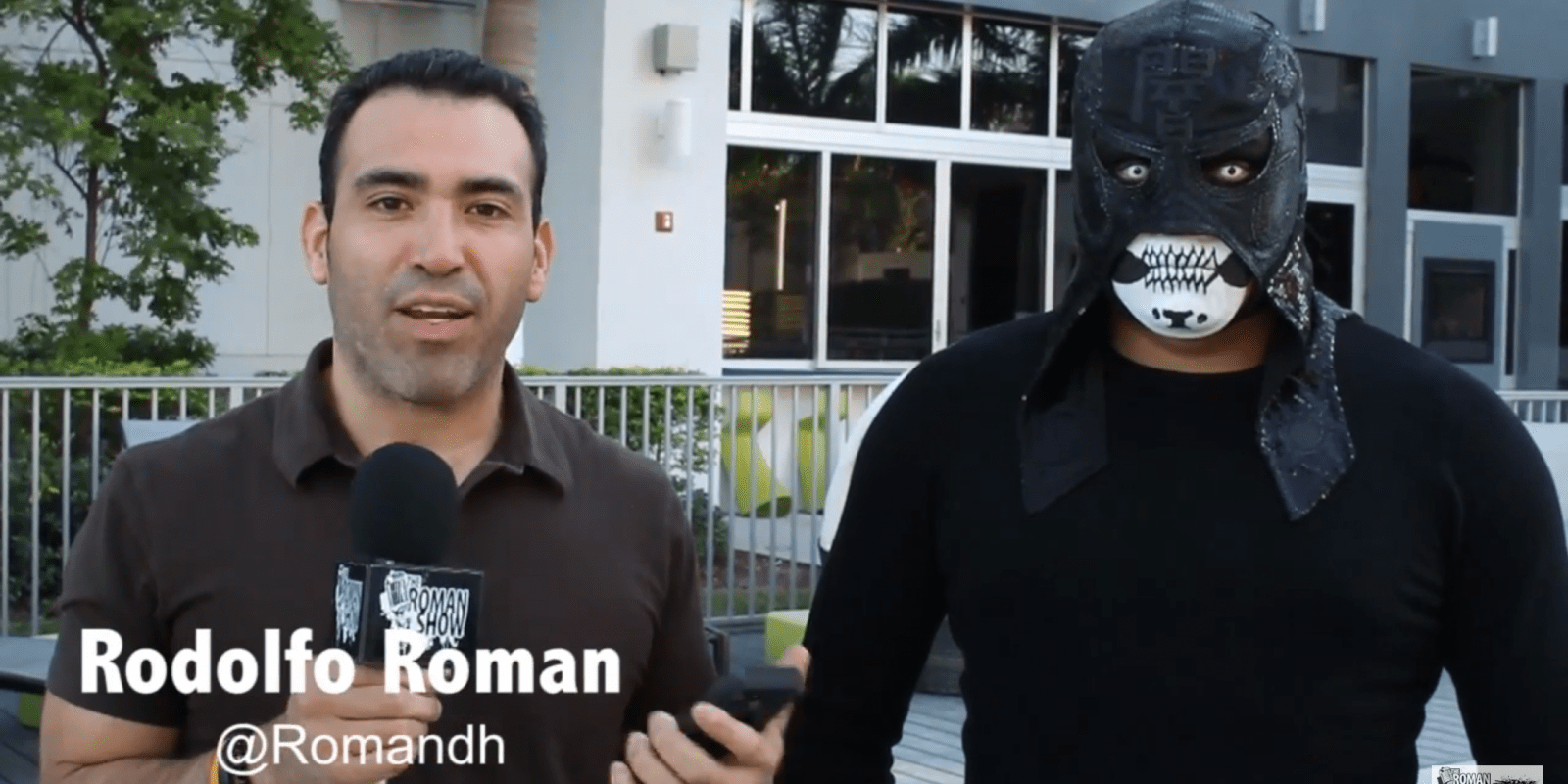 Lucha Underground’s Pentagon Dark credits his black soul for changing his character.
Pentagon Dark faces the Black Lotus triad on Lucha Underground’s November 30 episode, which airs on El Rey Network.
Pentagon Dark also voiced his opinion about how he has become the new face of lucha libre.
“I am happy that I like that through me lucha libre is expanding like in countries like the United States, Chile, London, Japan. I think the American public I the best in the world. They desire a lot and a public that loves real lucha. I think they find that in Pentgon Dark.”
He also described the motivation behind his dark mask.
“Originally Pentagon in Mexico was a character that was good and bad and the colors represented black and white,” he said. “But now I decided to go black which means am bad. My soul is black.”
When asked who he would like to face outside of Triple A and Lucha Underground, he said he’ll be patient.
“I have wrestled the best in the world,” he said. “I think I have wrestled the best. Perhaps there are others but it’ll come with time. I believe that little by little the world is knowing who is Pentagon Dark.”

He also addressed Lucha Underground’s future.
“Lucha is a project that is special and professional,” he said. ”It has the best luchadors. This is what fans look for full of violence and blood. We have more lucha than talking.”