PARADISE RETURNS WITH A MATURE SOUND 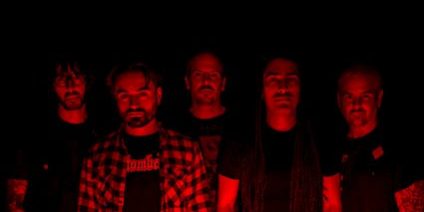 Montreal heavy rockers PARADISE are back with music that feels organic.

The Roman Show spoke to guitarist Kelly about their self-titled album, which dropped in March just days before the pandemic.

Canada’s PARADISE has been on hiatus since 2005, but when they recently got together it was just the right timing to release new music.

“We did different things and I had a different project that was more on the Nine Inch Nails type of vibe, but it was too complicated with too many technologies involved.

Kelly later added, “We wanted to go back to amps and guitars and have fun with it again. We got to rehearse Friday nights having beer. Our record label called us, and we are back.”

“We came back better equipped. You learn things and you have 15 years of experience and you can hear it in the new record.”

In 2002, the band dropped Rock Anthropologists On The Kon Tiki Voyage. For fans of who are unfamiliar with PARADISE, they resemble Clutch, Queens of The Stone Age and Volbeat.

Although the pandemic halted any chances of touring, the band did get an opportunity to perform in Cuba part of a three day event and ended up giving away all of their merchandise for free along with an Orange amp to one of the opening bands.

“It was magical moment. It was one of the phone calls. We were in the middle of recording the album,” he said.

“I got a call that they needed a Canadian band. He said we would be great on the tour. We know it was going to be a wild ride.”

Cuba has a strong heavy metal community, one that Kelly says didn’t disappoint in energy.

Hear Kelly elaborate more on their experience performing in the Caribbean island.