PABLO ALFONSO ON CODY BOLLINGER, “I WASN’T IMPRESSED WITH HIS LAST PERFORMANCE.” 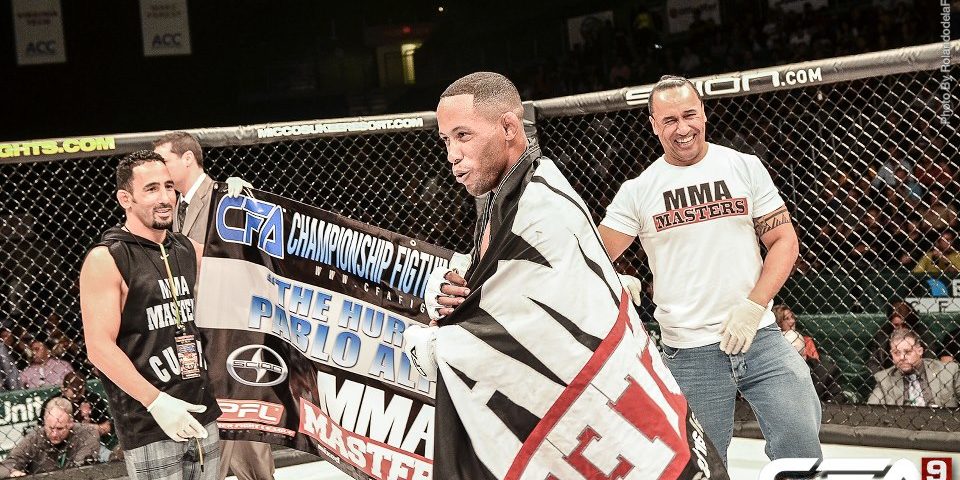 MMA Masters Pablo “The Hurricane” Alfonso is a step closer at getting a crack at the World Series of Fighting bantamweight title, but one man stands in his way, former The Ultimate Fighter contestant Cody Bollinger, who was on The Roman Show recently and you can hear it here.

Alfonso joined The Roman Show for an interview before his fight on July. This fight is meaningful considering the winner gets a crack at the World Series of Fighting bantamweight champion Marlon Moraes. Alfonso is coming off a three-fight win streak with his latest victory coming against Miguel Torres.

“He is a great fighter,” he said. “He is coming from The Ultimate Fighter. I saw him a little bit. I remember he didn’t make weight. He is a great fighter. He Is an elusive fighter. I am training with the best now. I have a couple of partners coming down and putting me to work. I am ready to go and I am prepared and staying humble.”

Alfonso said he witnessed Bollinger’s last win in Florida, but didn’t think to highly of his performance.

“I was there live. I saw the whole fight,” he said. “I wasn’t impressed with his fight I heard he had some injuries. I expect him to perform better than he did against Tyson Nam. I am training hard for Miguel Torres. I fought injured and I did my best. Now I am 100 percent.”

Alfonso has not fought since last year stating that he perfered to heal; hence, he currently feels a hundred percent for his July fight.

“After Torres, I had the injury and I had to relax,” he added. “I was supposed to fight at WSOF 08. I checked my elbow and did rehab. But this time I am better.

Alfonso also spoke about fighting in the sunshine state and his thoughts on the current champion stating he is focused on Bollinger and will worry about Moraes later.