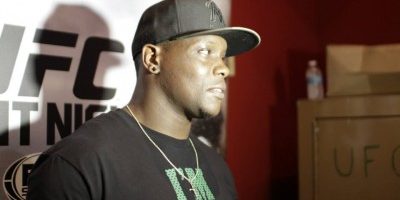 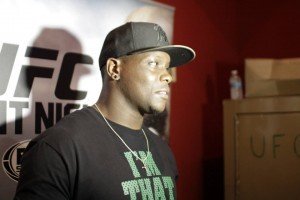 On the heels of his upcoming fight, UFC fighter Ovince St. Preux said he credits drilling for his change in fighting, which has led to success inside the octagon.

He spoke to media at the recent UFC’s visit to Hollywood, Fl.

“The thing about mixed martial arts is that it is fairly new,” he said. “I think I wasn’t over training but I added to much to my repertoire. I started drilling a lot and drilling, drilling and drilling. I also went to the boxing gym.”

St. Preux battles Glover Teixeira on the main fight for this Saturday’s UFC Fight Night card airing on Fox Sports in Nashville, Tennessee. He said drilling perfects his cause inside the octagon.

“After a while it becomes second nature,” he said.

He also added that if he is in a three round fight, he will train for additional rounds citing fights to be unpredictable.

“No matter what I am training all three rounds,” he said. “If it’s a five round I’ll train six rounds.”

In regards to his opponent, he says he has respect, but is prepared.