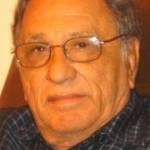 My condolences to the the family of Nicaraguan journalist and poet Oscar Leonardo Montalban who passed away. Montalban wrote for the largest Nicaraguan newspaper, La Prensa. In Miami, he ran Mil x Mil, where he exposed corruption in his native country and his adopted home of Miami. On a personal level, I thank this man because at 13 years old he let me write my first article in a local newspaper. I’ll never forget my first article which was written in Spanish. I recapped the week’s baseball action. Montalban opened the doors for me and gave me a chance. Thank you Oscar and may God bless you. Your story and stories will always be part of human history.