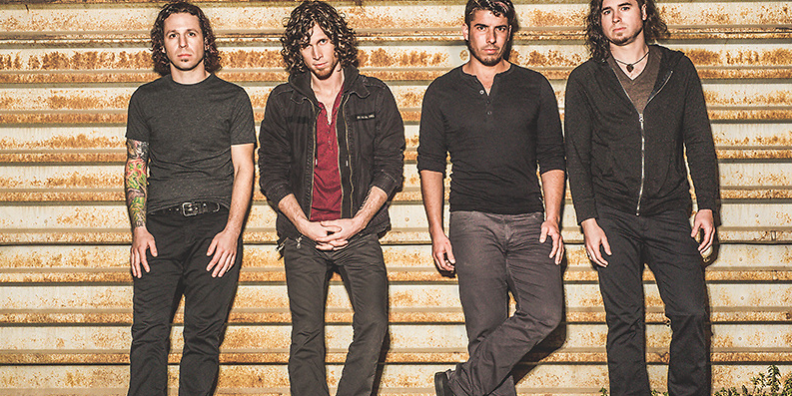 With the launch of Nothing More’s new album June 23, both Johnny Hawkins and Daniel Oliver joined The Roman Show to talk about their new record, music video and more.

The band made a stop in Florida for the Monster Energy Fort Rock Festival and hit the stage under a sunny and hot Saturday. Hawkins said the new album has purpose.

“The whole record has a concept and it starts with the first track ocean floor and it goes into “This is the Time”,” he said. “Then it progresses into to fire. It goes into a lot of our experiences that went through this record. In biblical literature there are two baptisms one by water and one by fire.”

(Nothing More on The Roman Show)

Hawkins who took over as a lead singer after playing the drums said he has had to make an adjustment and taking the new role has been challenging.

“I’ve learned a lot making this change,” he said. “Not just coming from a singer to a drummer. If you take something on new and cast yourself to the wind is everyday it’s a learning process. My heart is in drums.”

Oliver said the album hits close to home and served as therapy.

“This album was tremendous for all of us,” he said. “I had a relationship that was thrown on the rocks and was destroyed. I felt it was out of my control. The time we were as a band was volatile. We lost our drummer. It was a time that was pulling our hair out.”
Watch the interview now!