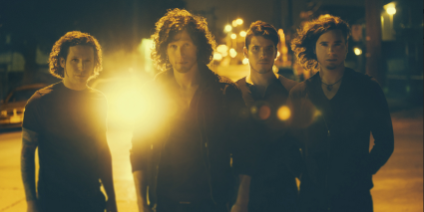 It has been an incredible ride for Nothing More in 2014 and the band plans to carry the positive vibes into the New Year as they make their return to South Florida Wednesday at Fort Lauderdale’s Revolution Live.

Lead singer Jonny Hawkins said his band is excited for their hit single “This is the Time” was ranked number one on Sirius XM’s Octane. Get tickets here to watch Nothing More and Periphery, Jan. 14.

“We didn’t even think it was going to be that big on the radio,” he said. “We got number one on terrestrial radio. Its unbelievable, but we will take it.”
Last year the band released their self-titled album and it was successful. The band was on tour for the most of the year including a stop in Florida with the Fort Rock tour.

The singer also discussed about his thoughts on the current status of rock. Some artists and critics say “rock is dead”, but Hawkins thinks this is a good opportunity for genre.

“I think there is a little bit of truth to that,” he said. “Rock is not what it used to be in its glory days, but like all things in life I think it has furthered itself out in some ways it is in a good place for innovative bands and reinventing the genre. We are in a good place and I think it is on the rise.”
Hawkins says the band will continue touring including overseas as they plan to visit Japan for the first time.

He also discussed how his band linked up with Periphery and plans are that Nothing More will be working on new music later this year.