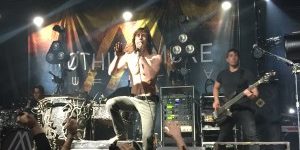 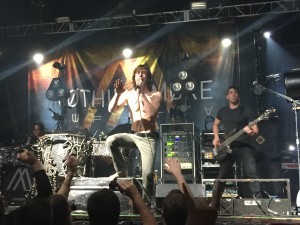 Nothing More’s Johnny Hawkins thinks Rock isn’t dead, but it is up to the new bands to pick up the pace.

Hawkins, the lead singer of the band, and his band were in South Florida last month. The Roman Show had a chance to speak to Hawkins prior to hitting the stage at Revolution Live.

“I think there is a little bit of truth of what rock is not what it used to be in its glory days, but all things in life I think it has furthered itself out in someway,” he said. “It is in a good place for innovative bands and reinventing the genre. We are in a good place and I think it is on the rise.”

“The this is the time” singer had success with his band’s hit as it was the number one song in 2014, according to Sirius XM’s Octane station.

“This is the time was the number one hit of the year on octane’s Sirius XM,” he said. “We didn’t event think it was going to be on the radio. It got number one on terrestrial radio. Its unbelievable, but we will take it.”

Hear the interview as Hawkins also speaks about new music and fans relating to Nothing More’s music.

The band is currently on tour with Periphery. Click here to find out when the band will come to a town near you.