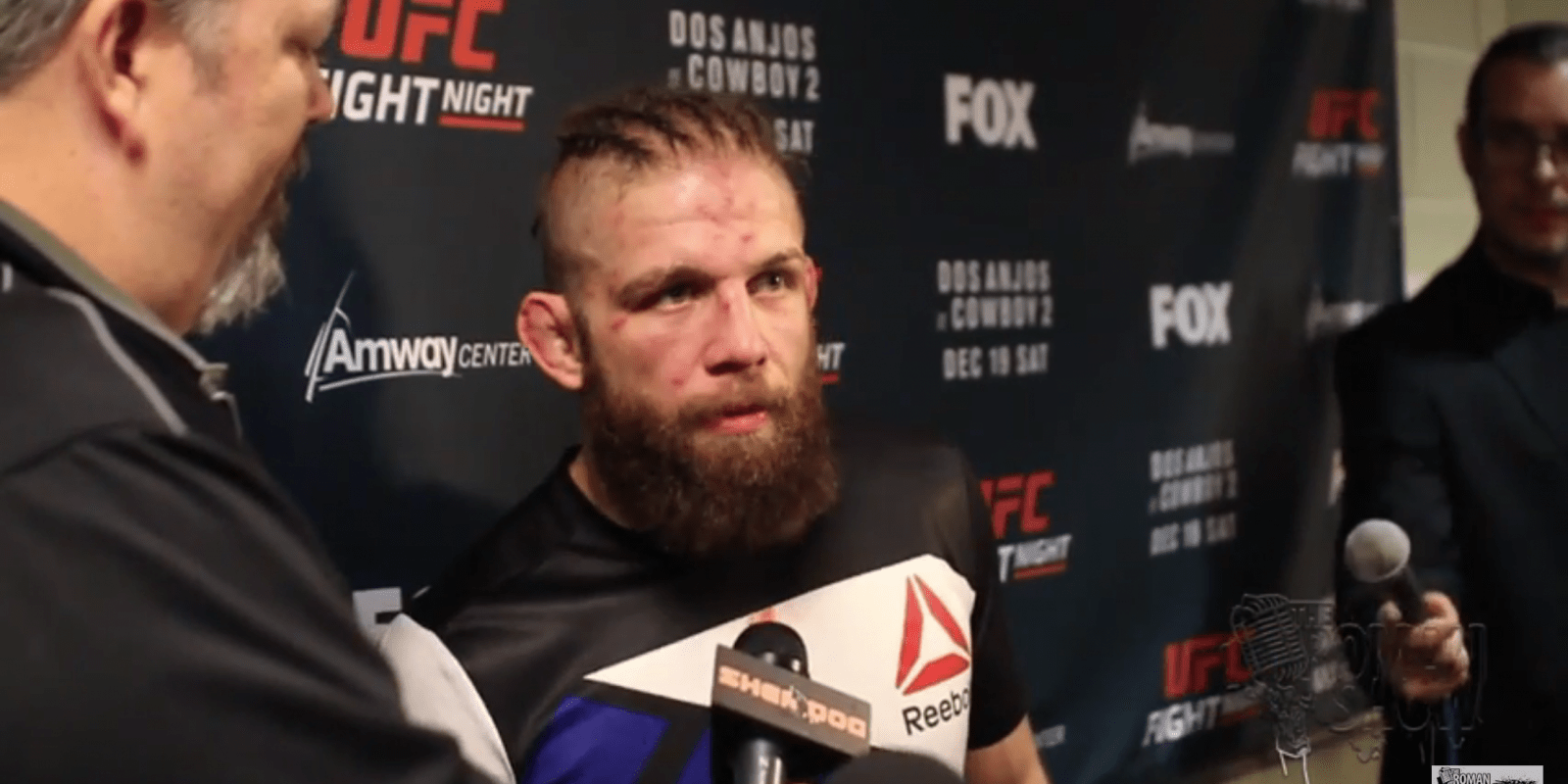 Lentz and Castillo battled on the UFC on Fox 17 fight card from Orlando.
In a post fight interview, Lentz voiced his opinion on weight cutting gin mixed marital arts.

“I am a grown man. It was my decision to go to 145. I have no one to blame, but myself,” he said. “Anyone that blames anything or anyone about their weight cut should blame themselves.”

When asked by a reporter in regards of UFC hall of famer B.J. Penn calling him out, Lentz said that wouldn’t be an issue.

“If B.J. Penn wants some he knows where to find me in the cage or his retired ass can stay at home unless he actually wants to come in here,” he said.

Watch the video interview, below.