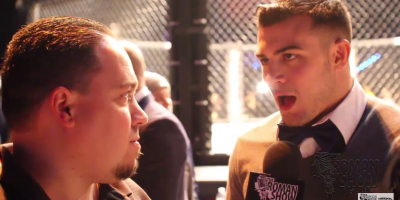 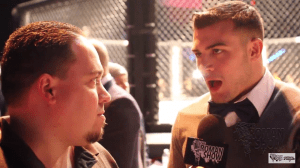 Fighter Nick Newell (11-1) raised eyebrows going undefeated in 11 fights, so much so he was the main event of the World Series of Fighting NBC debut.

Last year, Newell battled Justin Gaethje for the lightweight title, but he came up short. Newell is a fighter born with congenital amputation but his condition has never been an obstacle. Although he lost his first professional mixed martial arts fight, Newell is back and feels better than ever.

“I’m ready,” he said. “I feel very good. I learned a lot from my last fight. I felt well training. Before I did not stop, but I had to remove the foot from the accelerator and rest.”

Newell is no stranger to defeat. He says he lost over 10 wrestling matches in high school.

“I understand how it is to lose. I am always humble and I never think I am better than anyone else,” he said.

Condon is taller than Newell since he is 6-feet tall. Newell is 5’10. Condon defeated Jonathan Nuñez in January by submission.

For Newell, the record and experience of Condon doesn’t impress him.

“He is the unfortunate one who will be my next victim,” he said.