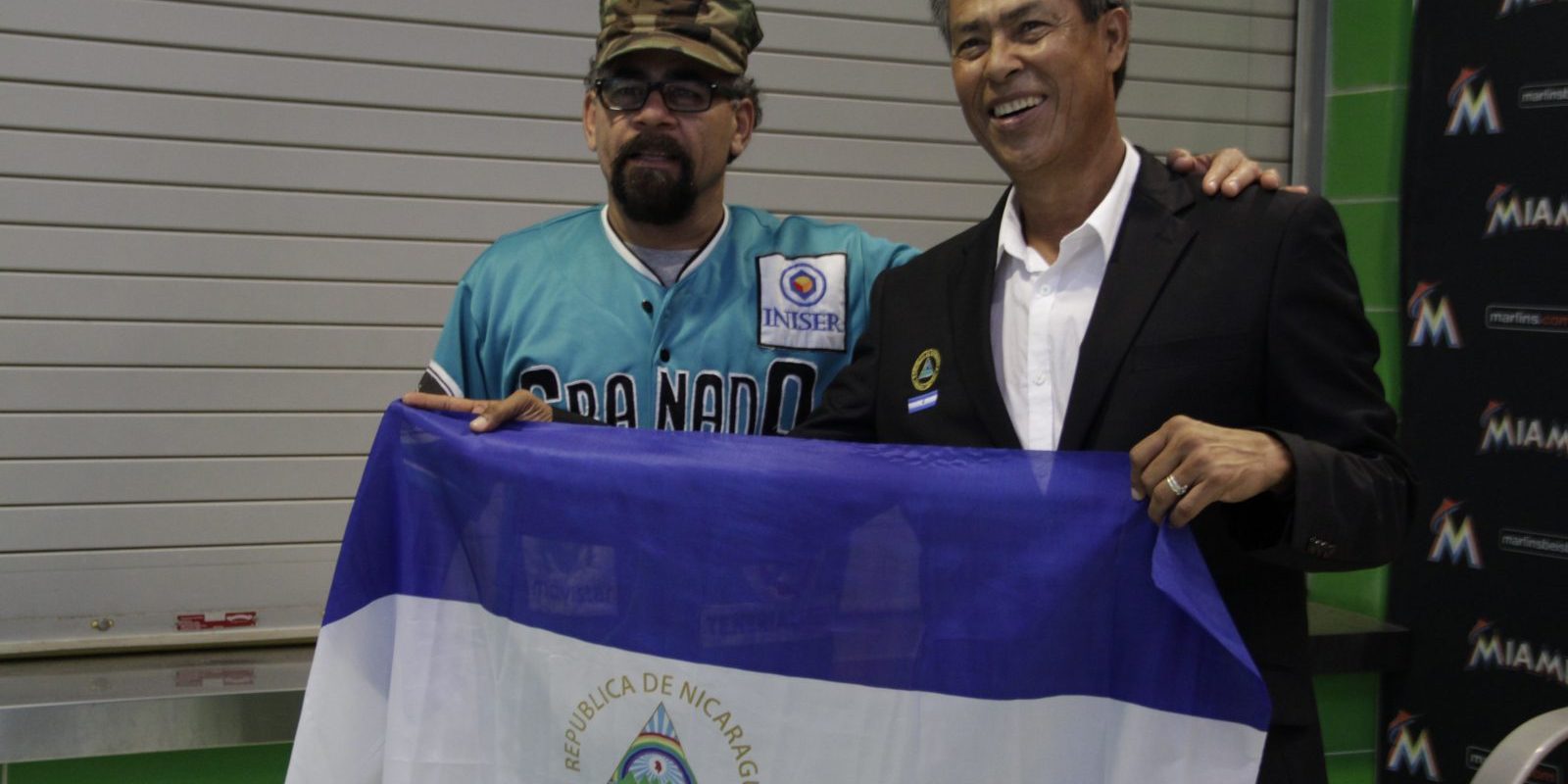 From The Roman Show Staff

Nicaraguan pitcher and former Major League Baseball pitcher Dennis Martinez says he would return to the sport if the opportunity comes knocking.

Martinez threw out the first pitch at the last home game for the Miami Marlins Sunday. The Marlins celebrated Nicaraguan Heritage Day.

The former all-star pitcher says if the chance came to allow him to work for a professional baseball team in a shape or form, he would welcome it.

“Everything comes at a time,” he said in an interview. “What better place to work here in Miami where I live. Let’s see what happens with the time, but I will help.”

Watch the interview below!

He also gave his opinion on Nicaraguan prospects.

“There are a couple of prospects,” he said. “They are just waiting for the opportunity.”

Martinez, who lives in Miami, says he is helping on his end to promote baseball in his native country.

“We are helping by helping the youth with sports and education,” he said. “We want them to fight for the goals. Education is one it is most important.”
Martinez pitched for the Granada baseball team in Nicaragua.

He said baseball is engraved in Nicaraguans.

“Nicaraguans since the days of William Walker, when the marines were in Nicaragua they started to play baseball,” said Martinez, who lives in Miami. “They showed baseball to the Nicaraguans and we learned what the sport is and since then baseball has been king. It is our number one sport. I think that tradition has been maintained.”