NBA PLAYOFFS ARE FUN TO WATCH 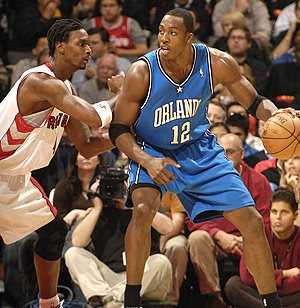 I have never been too passionate about basketball. I have attended several games in the past and tune towards the end of the season to check out the Miami Heat, which this year lost to the Atlanta Hawks in the first round. So, at this point, I basically turn off the tube and don’t bother watching basketball till next April. However, this year the playoffs are exciting. The series between the Cavs and Magic has been a nail bitter from the get go. It’s any one’s series. The last game was decided in overtime and the rest of the games have come down to the wire. for goodness sake, in the second game a three pointer at the buzzer by James decided the game. The Lakers and Nuggets series isn’t far away from the excitement either. I watched the game last night till the end of the third quarter and both teams were fighting hard for a victory. At last, there isn’t a dominant team in the league that we can pinpoint and say, “Hey so and so will win it this year”. The ball is on the court of these teams and it is up to them to step up to the plate and get the win. Gosh, how I wish the Heat would be participating in the Playoffs. I too want to be part of the excitement. Nevertheless, I’ll enjoy both games and root for the nearest team to my city, Orlando.