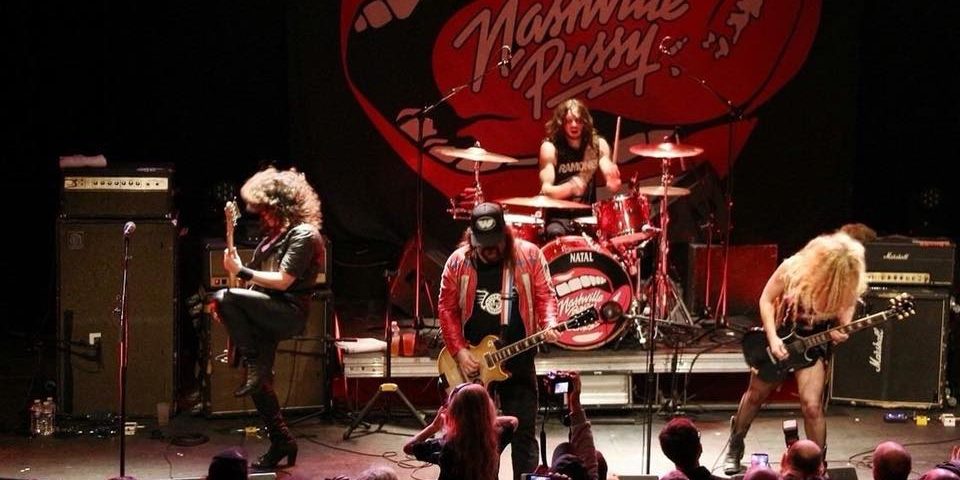 Atlanta’s rock and roll band Nashville P&*((^ is hitting in the road in the United States, an unusual feat.

Legendary guitar player Ruyter Suys joined The Roman Show to talk about the band hitting the road in the states, which for the most part they are on tour overseas. For tour dates, click here.

The band released ‘Pleased to Eat You’ last year. They have been coined as the “America’s last rock and roll band”.

“He was a hell of dude. He kept us in check,” he said. “He would test us. He was our mentor. I can say noting, but good stuff for his and Motorhead’s treatment. We were surprised how well we get a long. We were similar set of people. They took of us under their wings.”

Although much appreciation for Motorhead, they don’t play any cover songs.

She said the band writes what others only wish they could.

“We write a lot of songs that other bands would like to say,” he said. “I know they would like to write Keep on fucking. There are lots of songs that we write that they wish they say they stuff but they have hiring aspirations and be played on mainstream.” Meanwhile, Ruyter said fans are just asking for more music from the band.

“They are hungry,” she said. “’Please to Eat You’ is perfect. They are hungry and desperate. They just want us to tour all the time. They want to hear new music. It’s perfect. All we hear on Facebook is when are you coming to our city.”