You are here:
Host PressInterviewsMMA 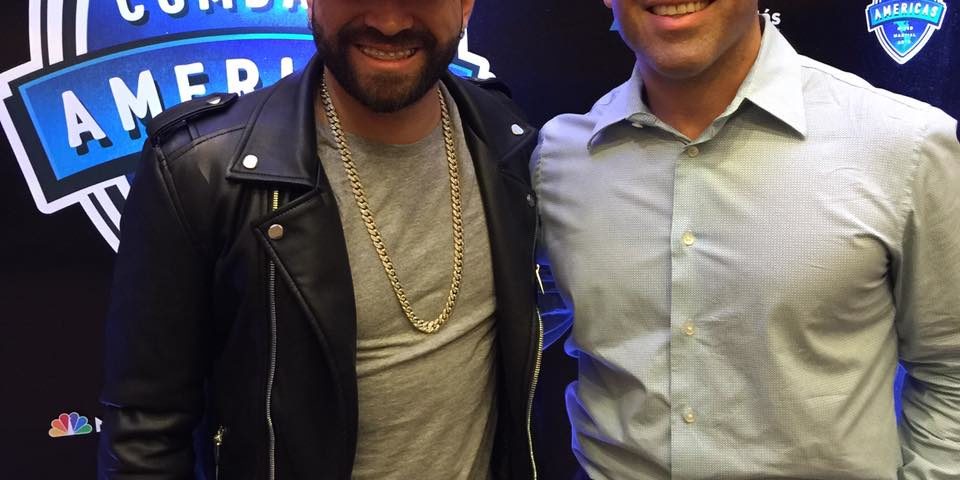 The Hispanic singer Nacho of the famed group Chino y Nacho stars on the stage, but wouldn’t rule out one day stepping inside the cage at least for a good cause.

Nacho was in Miami for the press conference at Hispanicize of Combate Americas, the all hispanic based mixed martial arts promotion.

He said if it was for charity, he would consider stepping inside the cage and putting on his gloves. He also has his eyes on one opponent.

“There is a fighter who was part of the Combate Americas reality show, Alan Arzeno,” he said. “He is a grand fighter.”

The Venezuelan goes on to say,”If I am going to get hit, I’d rather get hit by a person like Alan.”

“It’s a sport that I love but I don’t practice,” he said. “I like going to the gyms and spar but I am not a fighter. I am a major fan. I think the support has increased after we Chino and I went had the opportunity to be part of the reality show Combate Americas.”
Nacho said they got to get inside the fighter’s lives.

Their hit song, Me Voy Enamorando.

“We saw their preparations and their stories,” he said. “We saw how the fighter became something out of nothing. They are people who are loved and respected.”

Combate Americas will host 30 fights in 30 days and will air on NBC Universo and UFC Fight Pass starting April 18.