Miss May I To Deliver Epic Show in Fort Lauderdale

You are here:
LOCAL NEWS (MIAMI)NEWSUncategorized 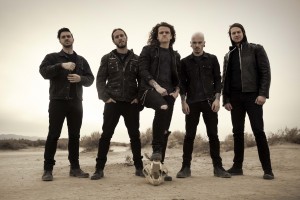 When Miss May I comes to South Florida, expect more than just a hard heavy metal show.
The boys of the hard hitting Ohio band have promised a cutting edge performance that takes you back in time, stage wise.

The Roman Show caught up with lead singer Levi Benton, while on tour before their show comes to Fort Lauderdale’s Revolution Live March 3. The band is traveling with headliners August Burns Red part of the Frozen Flames tour.

“After mayhem and touring with five finger death punch we learned a lot about
live shows,” he said. “This is the first time where we have a great stage. It’s great to bring something new to our live shows.”

The “Hey Mister” singer, said fans can expect a spectacle instead of just your average heavy metal show.

“We want an epic vibe,” he said. “We wanted to do a medieval spin on this tour. It is about the epic ness of a metal band. It’s not seen too much, but I want to bring it back. Now, it’s all about being the heaviest.”

Although the band has been together since 2007 and has released four albums, Benton said the band continues to learn about their performance every day.

“I look up stuff on YouTube and see where we mess up,” he said. “We have been touring for like five years. But we can do a lot more to it. We want to make it like a theater or theoretical so people can remember the live show. There are a lot of theatrics. It has a theme of like a castle.”