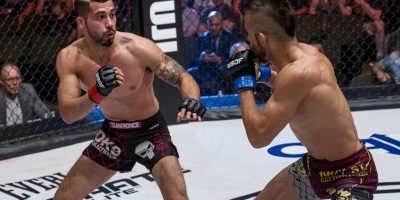 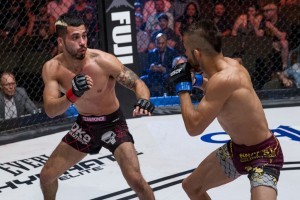 Courtesy of World Series of Fighting

When mixed martial artist Andres Ponce (1-1) left the military, he was in search for competition.

Thanks to a friend, he fell in love with mma and on Saturday he will have a significant fight against a familiar face, David Nuzzo (7-1) in the grand stage of the World Series of Fighting fight card airing live on NBC Sports Network on September 18. Ponce joined The Roman Show days before his fight.

“I was in the military,” said Ponce who was born in Arizona. “I left because of an injury and I didn’t no what to do. My friend introduced me to mma. I had some experience since I wrestled in high school and in the Navy. The discipline we learn in the military is similar to that of mma. I think that is what attracted me to the sport.”

Hear the complete interview, below!

Nuzzo is also from Arizona. Although Nuzzo might have more experience in the cage because of his record, Ponce said that doesn’t him mean anything.
“He doesn’t impress me,” he said. “I am stronger and faster. Also, it is his first time fighting at 135.”

Ponce has a Mexican background and says Hispanics are making a strong impact in the sport.

“We have the work ethic,” he said. “It’s not a stereotype that Mexicans are hard workers.We are willing to put in the hard work.”

He said he hopes to become the next Mexican champion in mma really soon.