Mike Perry predicts performance of the night at UFC Orlando 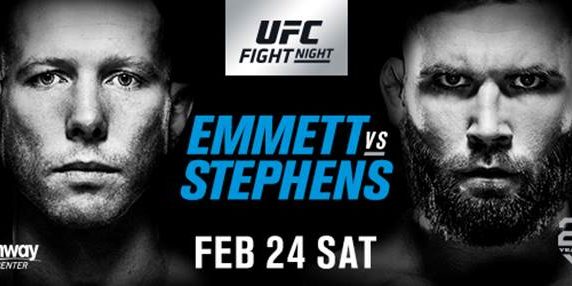 Florida resident Platinum Mike Perry has been itching to fight in his new home since he joined the Roman Show.

Although he has fought in Florida other times, he has never done so under the UFC banner. He gets his chance when he meets Max Griffin at UFC on FOX 28 at the Amyway Center in Orlando, FL.

Originally from Michigan, Perry can’t wait to bring the fire to the Orlando crowd.

“It’s already a little surreal,” he said. “I know it’s going to be crazy when I see all my people. All my people, I mean all of them. My manger hit me with a good one, he said ‘don’t let that energy hit you
with an adrenaline dump’. That’s good advice. I told him ‘don’t worry about that I am going to handle business’.”

Perry joined the UFC back in 2016. He said he feels the best shape thanks to his coach Nelson Rodriguez who he brought back to his training camp. He credits Rodriguez for the change in his fight game.

“I knew there was a difference between that coach. My whole career coaching didn’t make a difference,” he said. “I was mentally prepared to fight, but guys at this high level aren’t coming to fight anymore.
They come to play the points and try to win…I brought this coach back and he prepared me for every angle. He won’t be able to be in the corner, but after this fight he’ll be in my corner.”

MMA pundits are predicting for this fight to be the fight of the night as both fighters love to trade blows.

Hear more from Perry who talks about his training, weight cut and more.