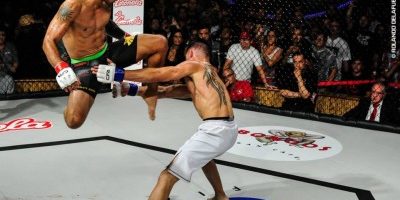 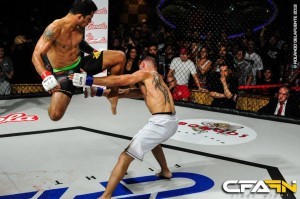 Fresh off his victory last month at Fight Time Promotions fight card, Miguel “Magic City Mauler” Restrepo (3-1) is looking back at his fight realizing he took it to another level.

Restrepo defeated Marcelo Castaneda in Miami by unanimous decision in early February. He spoke to The Roman Show in an exclusive interview.

“I stepped up my professionalism in the way I handled myself in the fight and trained,” he said.
Restrepo said the way he approached this fight differed from the past.

“You have to put in the work, but you also have to study. I literally sat down and wrote on my notebooks,” he said. “I wrote in my notebooks and wrote how my mind works. It was a good step forward for me.”

Hear more from Restrepo by clicking below.

His love for mixed martial arts started at a young age when he started with Taekwondo.

“I watched Bruce Lee movies and I progressively went on,” he said.

The Miami born fighter joined the military where he fell in love with jiu jitsu. He later improved his skills at MMA Masters where has been practicing for over two years.

“It was like a natural progression,”he said. “ I’ve been in MMA Masters, in Miami, for four years. What I like about MMA Masters compared to others is that you can see the evolution in the fighters and the way the coach’s coach.”