Mickie James vs Paige? Who Do You Have? 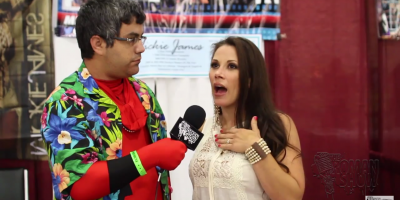 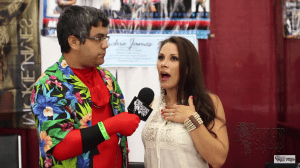 Former TNA Knockout and WWE Diva Mickie James talked about feuding with WWE Diva Paige if she were to return to the promotion.

During the Florida Supercon this weekend, James opened up to The Roman Show about who she would face if she were to return to the WWE.

“Paige. I am going to take her out now. If you don’t see her it’s not my fault. The girls have been killing it in NXT. Kudos to the girls of NXT for killing it. It’s a tough one. They are all so good. I would like to take on Charlotte. That would be fun because I’ve been friends with Ric Flair. He does nothing, but brag about her. He is proud of her as he should be.”

She also spoke about coming back and her goals making it into the business.
“I don’t know. That would be amazing,” she said about returning to the WWE. “I got into wrestling to be a WWE superstar that was my goal. I watched WWE as a child. I was a fan. That’s were I wanted to be. I was fortunate and blessed to achieve that goal. I am grateful. But if I had the opportunity come back course I would be back to kick their butts, easy competition. Just kidding.”