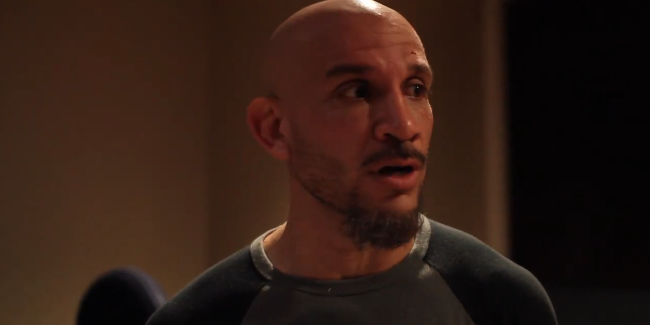 Miami’s Alan Arzeno might have found his place inside the squared circle.

“His knee buckled 30 seconds in,” he said. “I didn’t want to hurt him when his knee was hurting. We did a little exchange.”

He later added: “He hit me and I hit him and then his knee buckled again I felt bad for him. It looked like his knee really buckled.”

Miami’s Arzeno is a mixed martial arts veteran with a 7-fight win and 10-fight loss record.

MMA IS IN THE REAR VIEW MIRROR

With this BKFC victory, Arzeno said he is done with mma but BKFC could be his future.

“I am done with mma. I am 41 years-old,” he said. “This is a little different. Considering the fact he just buckled his knee, I don’t feel bad getting hurt in that sense. It’s just punching I can get a cut or a bruise and it’ll heal in a few days.”

BKFC IS THE FUTURE

BKFC started in 2018 and has captured the hearts of combat sports. Recently, the promotion has contracted major names such as UFC veterans Thiago Alves and Paige VanZant.

“Bare Knuckle is the new thing; this is what I have right now.”
He said the longevity or damage to the body is potentially less comparing it to mma.

“You have be a smart fighter Bare Knuckle is not like mma or the same as boxing. Right now we are figuring it out. We don’t know the long lasting effects so far.”

So far, Arzeno has no plans of competing in Bare Knuckle as of yet as he plans to discuss with his coaches.

Arzeno also talks about his family being a fighting group and his gym Freedom Fighters, based in Miami.