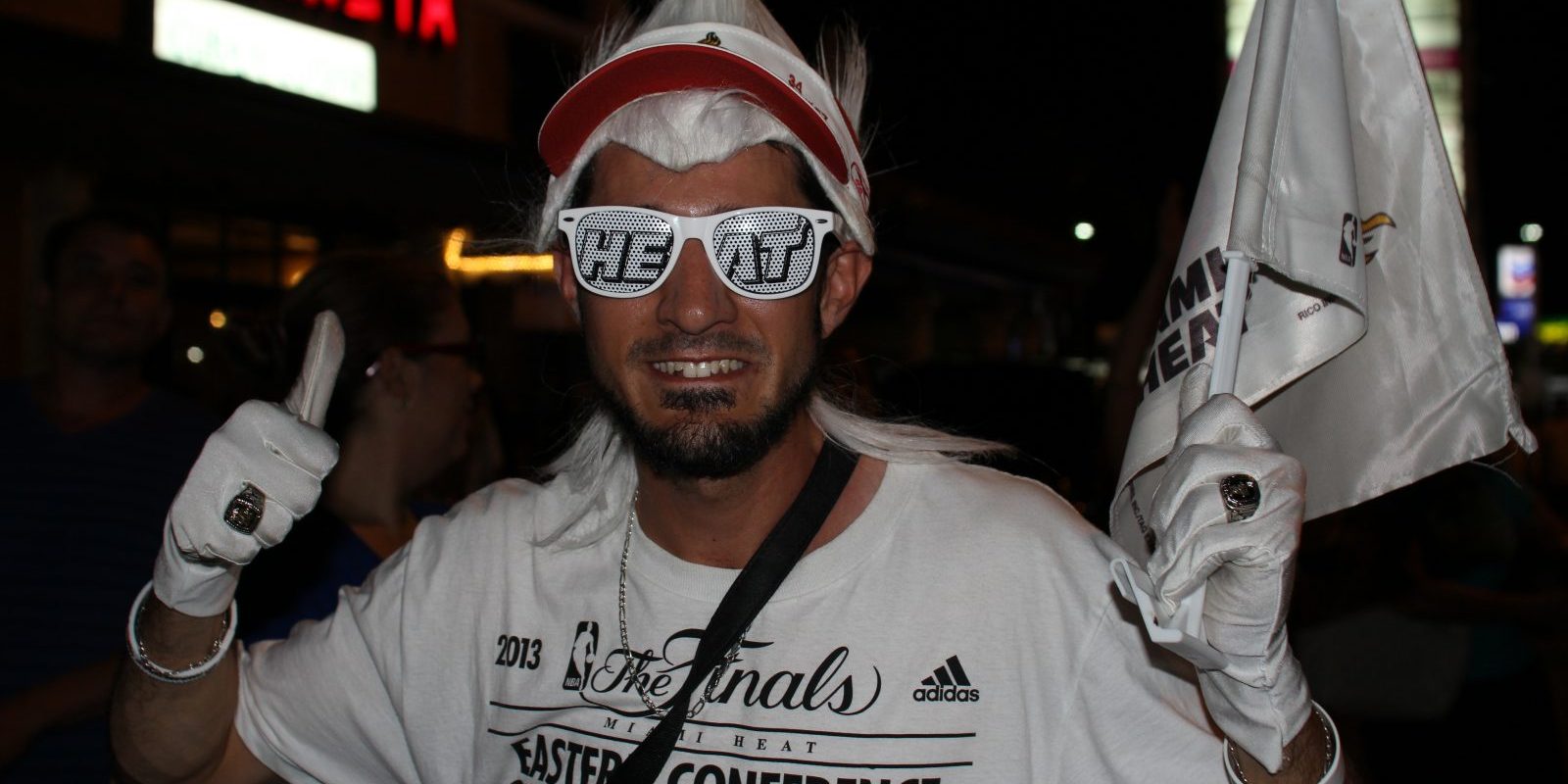 The Miami Heat defeated the Indiana Pacers to advance to the NBA Finals for the fourth consecutive year in a row. Miami took to the streets to celebrate as fans danced and paraded all over Miami. Fans brought out odd items to the party as many danced to the rhythm of drums and whistles.
Watch the video now!
View pictures here.