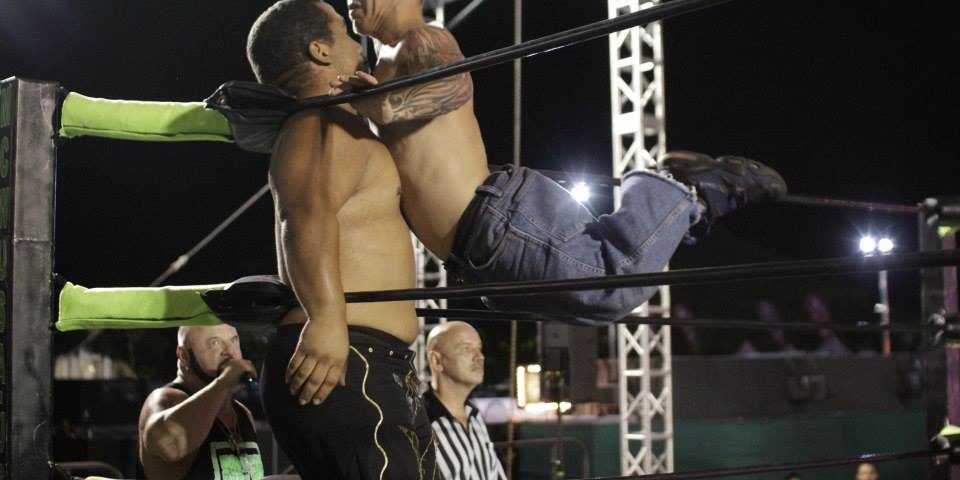 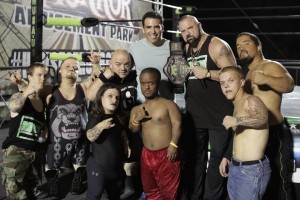 MCW will be at the House of Horror Halloween Amusement Park, 1455 NW 107 avenue, which runs till November 1. House of Horror is a thrilling Halloween theme park located in south Miami-Dade. Families can enjoy the largest haunted house in South Florida with over 30 rooms of terror and more than ten chambers. There carnival rides, live concerts plus great food and drinks. The promotion features the smallest pro wrestlers on the planet.

Attendees will see a performance from the MCW athletes every hour on the hour.

The Roman Show caught up with owner Johnny “Attitude” Greene better known as Johnny G, who says to expect excitement and interaction from the crew.

“We have cowboy K-Quick from Dallas, Texas, the new rookie who graduated number one in his class and we call him Lieutenant Dan from North Carolina” he said. “He does back flips from the top rope, drops elbows; he is unbelievable talent. Buddy the Bulldog is one of the baddest midgets.”

Hear the interview, below! Special thanks to William Hill MMA Betting.

MCW just made history hosting the first ever midget wrestling pay-per-view which was held last month.

“In Orlando we had our pay-per-view,” he said. “We made history. It was the first ever all midget pay-per-view. It was history in the making. We have been one step ahead.”

G says his wrestlers are more than just athletes.

“We have worked with Hulk Hogan, Ric Flair, Goldberg and all the big names,” he said. “We are a close group. All these guys are like my children. We are like one happy family. We eat together, we train together, we live together, we pray together. We have a group of special guys. They give a 110-percent all the time. Please bring the kids. There’s nothing more special than putting smiles on kids.”

MCW is a high powered, explosive, athletic show with just the right touch of comedy thrown in to make it an event for all ages and demographics.

​These micro athletes may be short in stature but are giants in the world of entertainment where they will keep you on your feet, screaming and crying at the same time. MCW is the number one Midget Wrestling company in the USA. After you leave an MCW event, you are guaranteed to be a Micro Maniac for life.

MCW debuted on American television on truTV back in 2011. It ended after five episodes back in 2011. It was produced in Tampa, Fl. It featured several promotional videos by WWE Hall of Famer Hulk Hogan.

The promotion’s first champion is Blixx who won a Battle Royal. The promotion travels across the country performing in front of large crowds.