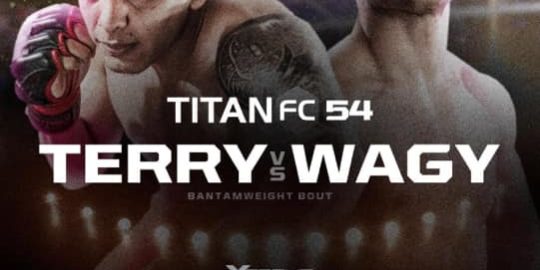 Mixed Marital Artist Matthew Wagy (12-5) is amped for his next opponent because his potential future boss will be looking at his performance.

Wagy will battle Edir Terry (6-3) in the undercard of Titan FC 54 at the Xtreme Action Park in Fort Lauderdale, FL at 7 p.m. Friday, April 26. The show will air live on UFC Fight Pass. Tickets are on sale, here. The fight card will feature two title fights.

But the big treat for fans is UFC Dana White’s attendance. White will be scouting the next UFC fighter to grace the octagon. White will be in South Florida as the UFC will host an event at the BB&T Center Saturday, April 27.

Wagy knows he will bring his top fight game to impress the big boss.

“I believe Edir is a quality opponent and a perfect match up for me to put on a great performance for Dana White. I think he is skilled everywhere and has a lot of great things. He’s been in the game for a long time. I am looking forward to showing off my skills.”

This is Wagy’s second fight for Titan FC.

“I fought for them before. My coach Roger Krahl has a good connection with Titan FC COO Lex McMahon and CEO Jeff Aronson. When I found out this opportunity with Dana White I was adamant about this card. That was the main thing that alerted me to fight in front of the big boss and show him what I can do and get that UFC contract at the end of the night.”

He said he if feeling butterflies.