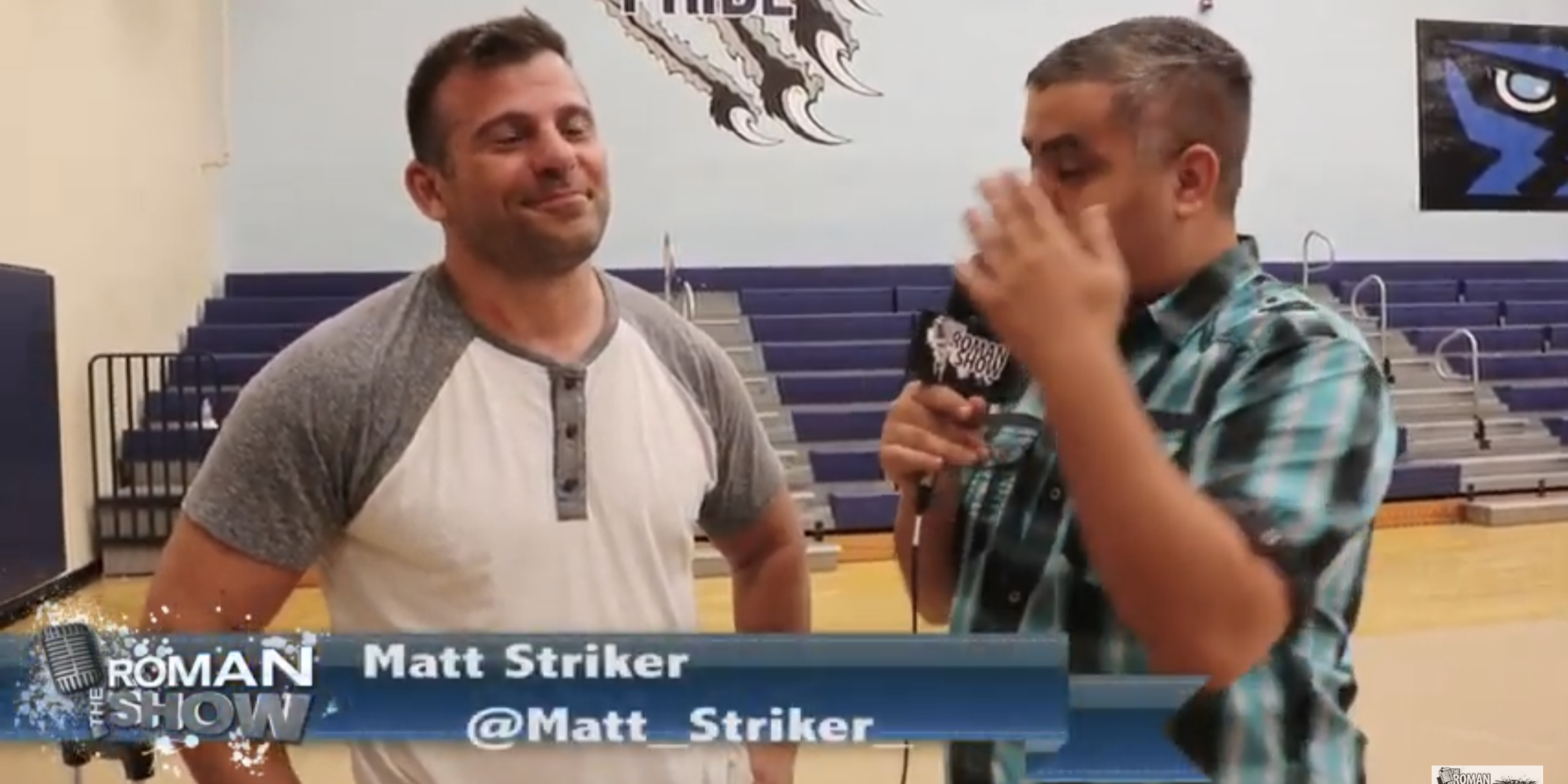 Former WWE superstar and current Mike Striker and Major League Wrestling commentator Matt Striker opened up about being sexually bused and a potential return to the ring for MLW or Lucha Underground.

Striker competed at the recent Coastal Championship Wrestling event in Coral Springs, FL earlier this month. He is now a CCW tag team champion. The Roman Show’s Jorge Alonso spoke to Striker who said he was sexually abused at a young, but continues to move on with his life thinking positive.

“There’s a lot of things that happened in my life that I don’t share because they are mine, but if I can ever speak about experiences to help people I am not a shame to say right now I was sexually abused, when I was nine years old by a stranger,” he said. “I struggle with depression. I struggle with social anxiety. When I am not Matt Striker I am the quietest person in the world, but the thing is this, either you give it the power to beat you or you beat it.”

Strikers said don’t count him out of a potential return to a MLW or Lucha Underground ring.

“Never say never,” he said. “It’s not lost on me that I woke up this morning everything else is down hill. There’s people that had plans today and didn’t wake up. There’s an old saying ‘if you want to make God laugh tell him your plans’. I make no plans.”

He also talked about MLW pay-per-view debut on November 2.

“MLW has a great roster of wrestlers that you wont see anywhere else and know with Jim Cornette and Rich Bocchini making the call. You have the identity. I think MLW needs to do what MLW does. It’s nice to have variety. It’s great to be able to choose. It’s like you go to the supermarket and all they have is milk after a while you’d hate milk. Then you see chocolate milk and you say ‘oh, Chocolate milk’. Everyone needs to have preference.”

“The beauty of pro wrestling and Lucha Underground is that we can create stars overnight. We can take you and put you in a match with Vampiro and next morning everyone will know your name and you’ll be trending worldwide,” he said. “I am not concerned. Lucha Undergrond needs to find a new home or maybe a new network.”