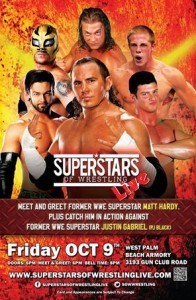 Former UFC fighter Matt Riddle says his move to wrestling has been a longer process compared to mixed martial arts.

The Ultimate Fighter contestant says making it to the UFC was faster compared to making it to the WWE. So far, he has signed with the respected independent wrestling promotion, EVOLVE. He makes his debut next week. He also says he has had a tryout with WWE.

“I have. I did a tryout with the WWE,” he said. “The tryout went extremely well went as well as it could. The WWE was nice enough to set me up with evolve and wrestle with them. It’s a process. From what I see it’s on the right track. It’s not like the transition I had with the UFC.”

Although the mma fighter had a five year career fighting inside the cage, he says wrestling has been a career he has wanted to pursue. He started to train professional wrestling at high level back in November.

“When people see me wrestle I am not too bad,” he said. “I know what I am doing and I’ve been wrestling pro wrestling my entire life. I’ve had about 40 matches in front of a ring and a crowd but I probably had a couple of thousand in the backyard, you know what I mean. I’ve been doing it for a while just not at this level.”

He takes on Wes Brico at the upcoming Live Superstar wrestling show. He says he won’t be afraid of wrestling stiff. Hear the complete interview as he also touches training for wrestling compared to mma, cutting weight in mma and backyard wrestling.

NOTE: The show has been cancelled and will be postponed for a future date.