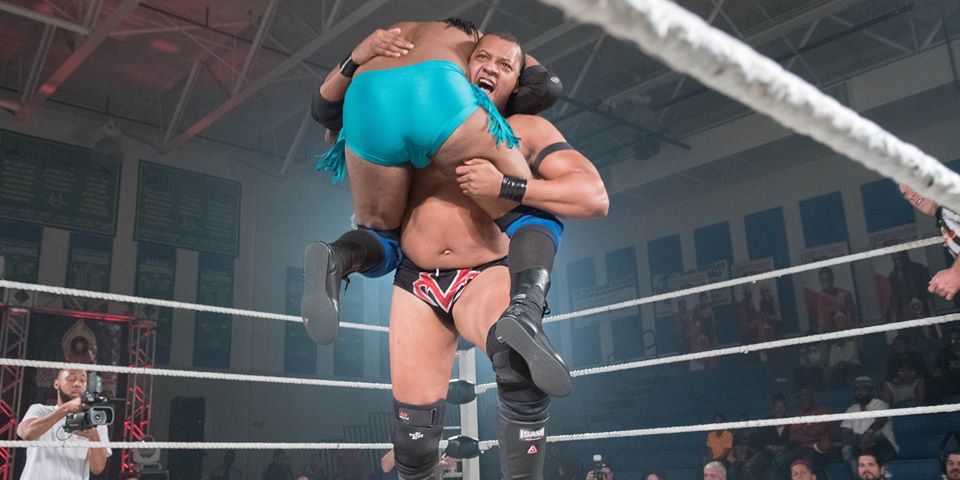 Despite what many assume, former Impact Wrestling star Marshe Rockett has nothing negative to say about the former promotion he worked for.

The Illinois professional wrestler spoke to The Roman Show after performing at Fighting Evolution Wrestling in South Florida. It was his debut.

He said he has nothing but good words for Impact Wrestling.

“My time in Impact Wrestling is like back and forth,” he said. “People think it’s a negative thing, but I have nothing bad to say about Impact Wrestling. I got to be in a locker room full of some of the best in pro wrestling today. I learned a lot when I was there. I am able to take what I learned and press forward. My time was phenomenal. It was more or less about wanting to spread my wings when they didn’t have much for me. But they understood there was no bad blood. The last day they told me the door is always opened.”

At F.E.W. he was able to work with one of his former Impact Wrestling mentors The Pope Elijah Burke.

“Pope, Hurricane Helms, Al Snow all these guys did something vets don’t do to young talent,” he said. “They put me aside and coached me. They took their time and provided me the knowledge and become the performer I am today. Even now these guys pull for me they tell me that I have to be consistent.”

He also opened up about his relationship with Smashing Pumpkin lead singer and owner of N.W.A. Billy Corgan and what led to the downfall of one of the first promotions he worked for, Resistance Pro.

“It allowed ego to get in the way of things,” he said. “To be honest that was backstage. Business drama unfortunately a lot of good talent suffered for it. If I see a bad situation that won’t help my brand you need to know when to get out. I went on to pursue other venues.”