Marlins Park could soon be a landmark

You are here:
Personal BlogUncategorized 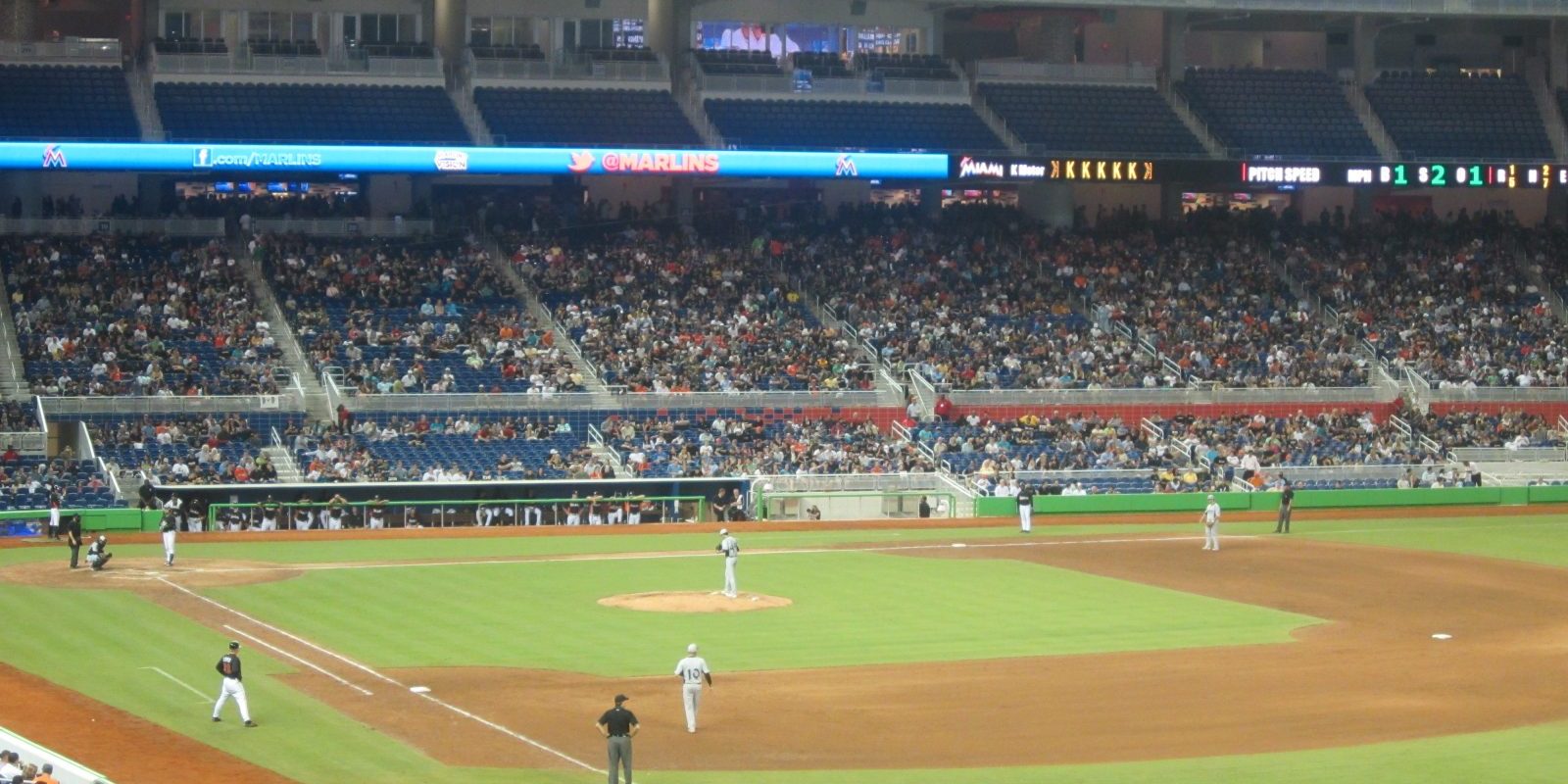 Rodolfo Roman
The Marlins new ballpark is surreal. The Miami Marlins home is built on what was once the residence of the Miami Hurricanes, The Orange Bowl. Situated in the middle of houses and apartment buildings in Little Havana, the architectural piece stands out, while driving on the 836 highway. Inside, its gives people the same impression one gets from the outside. It is colorful, spacious and, at last, it has air condition.
The first 18 seasons or so of the Marlins were played at a football stadium, Sun life Stadium. So, for fans having a retractable roof with a/c is a major improvement because Miami fans no longer need to endure the steaming heat on an afternoon.
The stadium has the feel of those ballparks in the northeast. No matter where fans are standing, they can’t miss a moment of the game. The park is fan friendly giving an opportunity to see every strike and hit. Especially in centerfield, fans have a chance to capture a panorama of the place.
For food lovers, there are several eating establishment featuring unique foods hailing from Latin America and traditional American eateries like hot dog and pizza. And, of course, cotton candy and chips can be found everywhere.
On centerfield, guests can see an enormous screen with clear quality picture featuring scores and updates. There’s also screens on the right and left fields.
The new colors of the team are mixed into the stadium: the seats are blue, food locations display vibrant colors and on the outfield stands a statue like art design showcasing flamingos, palm trees, dolphins and marlins in various colors.
As far as amenities, the park has free wi-fi. Personally, I love the place and just the thought of working and watching a ballgame is heaven. Heck, that’s how I managed to write this post while watching the fish versus the Florida International University Golden Panthers, my former school. Although it wasn’t highly accepted by the community, the residents will eventually appreciate it. With time, Miamians will consider it a landmark.