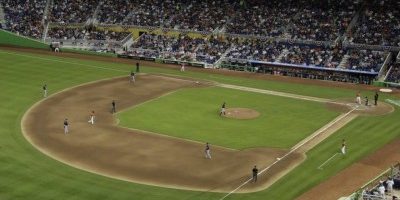 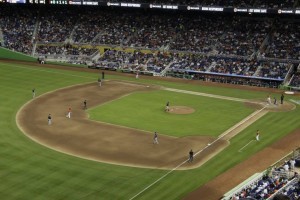 The Miami Marlins had limited success during the 2014 season, finishing 77-85, 19 games back and 4th place in the NL East. Fortunately, many consider the signing of Giancarlo Stanton to the largest contract in MLB history to be the major victory for Miami. Stanton was heading into the final year of his contract in 2015 and would be exploring free agency upon completion of the season. Many assumed if Miami allowed Stanton to reach free agency they would almost certainly lose him to the usual free agency hoarders like the Boston Red Sox or New York Yankees. There were also rumors of Miami trading Stanton if a deal couldn’t be reached in order to at least gain some value as opposed to losing him for nothing in free agency.

Fortunately for the Marlins, Stanton agreed to a 13-year, $325 million contract extension. But now that Miami has locked in its star for the long term, it was time to start building around him. The Marlins’ cupboard wasn’t completing bare but definitely needed some improvement. Miami already had one of the best outfields in baseball consisting of Stanton, Marcell Ozuna and Christian Yelich. Their pitching staff isn’t in shambles but can really only claim one ace, Jose Fernandez, who is recovering from an elbow injury suffered in 2014. Youngsters Henderson Alvarez and Nathan Eovaldi have shown signs of greatness but underperformed last season resulting in Eovaldi’s late-season trade to the Yankees. Miami did acquire veteran Dan Haren to solidify a rotation of young potential stars but Haren’s best days seem to be behind him and is really only hoping to consistently contribute to the rotation. Although Haren is the only pitcher acquired this offseason, Miami was not stagnant in offseason talks and could still acquire a starting pitcher and closer before pitchers and catchers report later this month. Starter James Shields and closers Francisco Rodriguez and Rafael Soriano have been rumored to be connected with Miami throughout the offseason.

Outside of pitching, the Marlins made a huge splash this offseason signing Ichiro Suzuki and Matt Morse while trading for Dee Gordon and Martin Prado. Acquiring these key pieces to the lineup has bumped the Marlins odds of winning the NL pennant to 25/1, according to bookmakers affiliated with Gambling.com.

First baseman Michael Morse was a high-value pickup for the Marlins based on the scenario. Miami had considered trading pieces of its pitching depth to acquire a top first baseman but was fortunate enough to sign a quality player at a reasonable contract. Salary management will be key for Miami moving forward as each year will bring on more of a burden from Stanton’s back loaded contract.

The 41 year old Ichiro is definitely outside the age of his prime but continues to produce as one of the most heralded hitters in the world. Ichiro provides outfield depth and pop off the bat as a role player for Miami.

Acquiring the speedy Dee Gordon from the Dodgers was probably the biggest splash for Miami this offseason. The Miami front office believes the key to their success on past World Series Championship teams was speed and Gordon has plenty of that to offer. He is expected to bat leadoff for Miami and hopefully provide a consistent base runner for Stanton to knock in.

The 30 year old veteran Martin Prado was acquired for his versatility and impressive numbers from the back end of the 2014 season. Prado excelled in New York’s lineup after being traded from Arizona before the trade deadline. Prado played multiple positions for the Bronx Bombers and heavily contributed at the plate. Although some consider Prado’s success a fluke, Miami hopes he can continue his run at the plate and contribute where he is needed on the field.