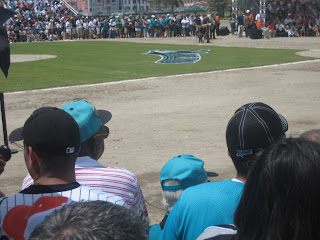 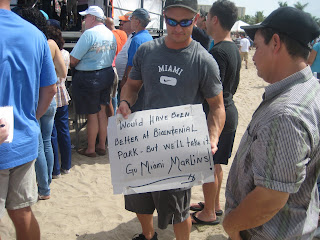 Hundreds of Mar lins fans braved the hot South Florida sun to witness the ground breaking ceremony of the Little Havana ballpark expected to open in 2012. Here are some pictures of the event where fish fans enjoyed pork and cafe as well as some much needed cold drinks. A salsa band played music to entertain the hardcore fans. Local politicians were present to start the digging using shovels and hard hats. However, there were some fans who opposed the new ball park’s location. More pictures will be posted as the event concludes at noon.