The Film Marcus has a strong message related to mental illness

You are here:
EntertainmentFEATURED ARTICLES 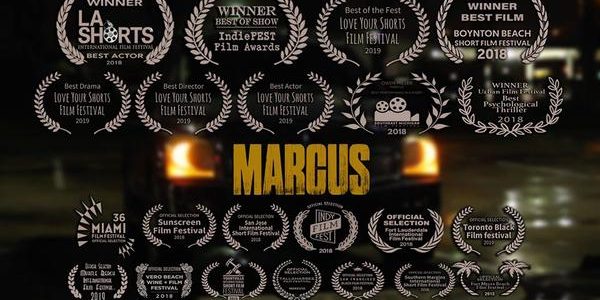 Moving forward, the film was inspired by the award-winning short film of the same name Marcus is a deeply empathetic and moving story brought to life by a richly talented Miami production team. It tells the tale of battling mental illness.

Poli joined The Roman Show to talk about the film and it’s debut.

“The film deals with mental health and the stigma around it,” he said “People being embarrassed and on top of what it does to people that surround them. I personally suffer from depression. I wrote this film from the heart. Two years ago, it started as a short film and I was going trough difficult times. I got as far as I thought my thoughts took control of me.”

“I had a client that had an event in Miami mid-last year. He (Big Show) was there. I didn’t expect to see him I pitched him the story. I gave him the script. After the short film he called me and said he’ll do it for free,” he said.

Poli’s debut feature film is sure to garner as much praise and turn as many heads on the festival circuit as his short film work has, and to shine a bright light on the ever-important issue of mental health.

The film has many scenes that were shot in Hialeah so it has a homey feeling to it.

Tickets for the film debut are on sale. The premiere will be at Miami’s Tower Theater with a showing at 6:45 p.m. and 9:50 p.m. For tickets, click here.