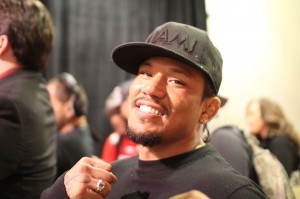 The Peruvian Luis “Baboon” Palomino (23-9) will travel to Arizona for a shot at the World Series of Fighting championship title.

Palomino faces champion Justin Gaethje (13-0) who is unbeaten on the undercard of WSOF 19 at 9 p.m. March 28, which will air on the NBC Sports Network.

“I’m more mature in my career,” he said in a telephone interview. “Basically I go in the cage and believe in myself and my work.”

He also gives credit to his Miami-based gym, MMA Masters, for his improvements.

Palomino has impressed the WSOF promotion. His two fights in the company are by knockout. His last victory was in August against the then-undefeated Lewis Gonzalez in the first round.

While Gaethje (13-0) defeated former UFC fighter Melvin Guillard by split decision in November. He also has victories on the Brazilian veteran Gesias Cavalcante.

However Palomino has the experience. He added that Gaethje should not be underestimated.

“He is talented. He has is strong,” he said. “That’s why he is the champion. But I think I have
better hands than he and will come to fight. I’m ready.”
He also believes the champion will use his wrestling this time around.

For that reason, Palomino trained wrestling for several weeks in Chicago with his friend and UFC fighter Ricardo Llamas.

“We were talking about that for a while,” he said. “I went and trained every day. The training was perfect.”