Ludacris was the bomb. 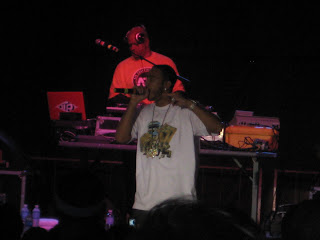 Ludacris came through with an outstanding concert last week at F.I.U. A little more than a thousand people were jamming to Luda, who had the crowd bumping and grinding. He sang all his favorite hits such as “Get out the way” and “Area Codes”. It was really funny to see students mosing to “Get out the way”. Who knew that a mosh pit could happen in a rap concert? Hey, there is a first for everything. The man sang for almost two hours, until they started kicking him out. He buddies from DTP also joined in the fun. After the concert I went to church to watch my dirty mouth.