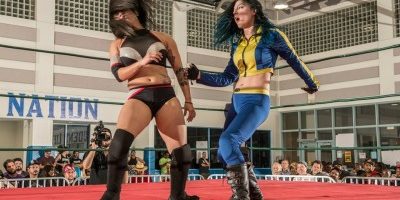 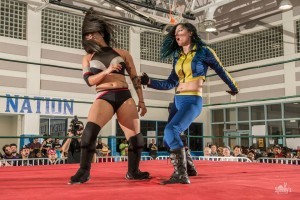 Leva Bates her status with NXT is unpredictable.

Bates joined That Otaku Life part of The Roman Show network to talk about her cosplay and wrestling career.

Bates, known as Blue Pants in NXT, says anything can happen with her and the WWE.

She also gave her two cents on how the Blue Pants name came about.

“It was kind of an accident, to be honest. They called me in. I was just going to be a girl to wrestle Carmella for her debut. I was standing there wearing the blue pants, while they were going over the promo and they decided, creative decided, well instead of having a normal debut, where she comes out I’m already out. Cass had a match and it didn’t really happen because their opponents turned on each other, so they didn’t even wrestle. They had all this time, and asked us if we wanted to wrestle. I asked Carmella if she wanted to wrestle and that’s how it literally happened.”

She also talked about a possible dream match.

“I wrestled her in tag matches, I haven’t really wrestled her in singles matches, I would love to wrestle Paige one on one,” she said. “I think that would be a really cool match. It’s been so long since we wrestled each other. Every time we wrestled, it was more like Re-Generation X vs the Knight Dynasty, so we never really had a one-on-one, so I think that would be really cool, plus we both have black and blue hair, so it’ll be kind of a cool pairing up.”