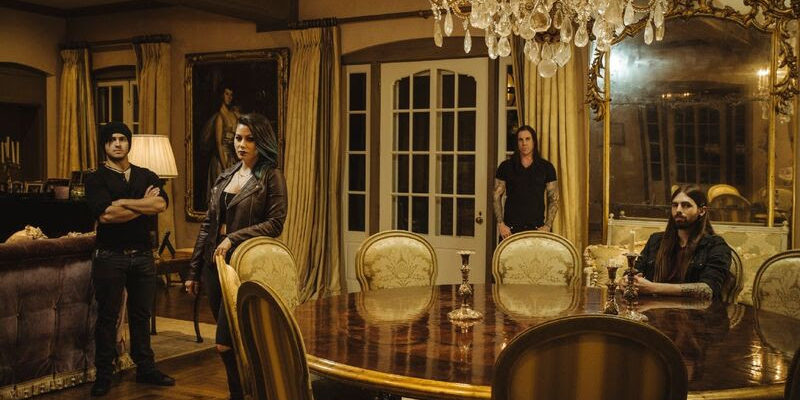 Photo Credit Letters From the Fire

Letters from the Fire lead vocalist Alexa Kabazie feels right at home with the new band after stepping in as the new singer.

The band released their full-length album Worth The Pain in September featuring the hit song “Give In To Me”.

She joined The Roman Show to talk about the new record.
“Its our first release with me in it and our first full album,” she said. “I think it has everything for everyone; it has heavy hooks and for people who are into rock and metal.”

The band is currently on tour with Failure Anthem, Art of Dying and Through Fire.

She said she didn’t know what reaction the fan base would have since she replaced a male vocalist.

“I thought it would be difficult with the fan because I was replacing a male singer,” she said. “Everyone welcomed me with open arms we just hit the studio as soon as I stepped into the band.”

She also talked about her musical influences.

“One of my huge inspiration was Christina Aguilera and from a rock stand point Alanis Morissette.