Legends of Wrestling Returns to Miami With A BANG! 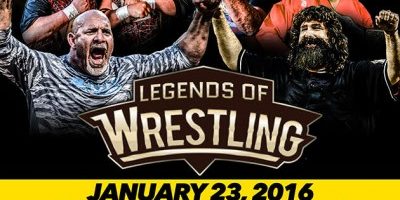 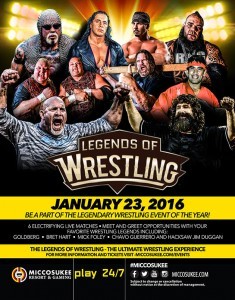 The next Legends of Wrestling event is official and the lineup is bigger and more legendary than ever! Miami’s own Deco Drive TV Host Chris Van Vliet will be guest announcing some of the biggest wrestling stars to hit the 305 in decades! Uncle Louie has arranged for Wrestling Manager icon Jimmy “The Mouth of The South” Hart to be on hand to set things off right on January 23rd at the Miccosukee Resort in Miami Florida.

You have heard it here first as the Miccosukee Tribe of Indians will announce the Legends of Wrestling event at their resort on October 19th and start ticket sales on the 26th. Click here for details.

The January LoW Event at Miccosukee has a star studded lineup with meet and greets, photo opportunities and Q+A panels but here is the catch; there will only be 1,500 tickets available.