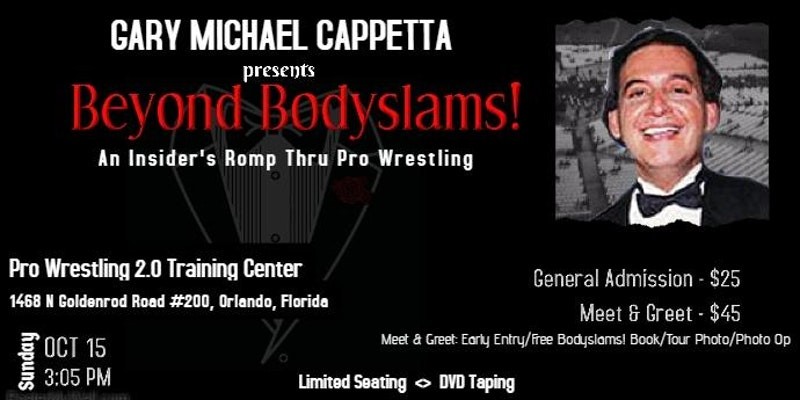 Cappetta will hit the stage with his Beyond Bodyslams tour making a stop in Tampa at the Tampa Showmen’s Club, 608 N Willow Avenue, October 14 and in Orlando at the Pro Wrestling 2.0, 1468 N. Goldenrod Road, October 15.

Cappetta penned Bodyslams!, Memoirs of a Wrestling Pitchman. He said it’s not your usual one-man stage show. He spoke to The Roman Show this week about what fans can expect.

“It’s a show I created when my Bodyslams book originally came out,” he said. “The name Beyond Bodyslams means, I’ll be telling stories from the book, but going beyond stories from the book, stories since the
day it came out. The difference that I do comparing it to other one-man shows is that this is a stage show. It’s not a comedy show. It’s not just a question and answer show, although we do have a question and answer portion as an encore at the end. This is a show
with props.”

The legendary ring announcer has worked for the biggest promotions including WWF, now WWE, TNA, AWA and more.

Live from center stage, Gary Michael Cappetta takes his audience on a roller coaster ride of emotionally charged stories via the use of giant screen video footage and audio clips of current wrestling superstars as well as the many heralded legends that he has introduced and interviewed. Stone Cold Steve Austin, CM Punk, Ric Flair, The Undertaker, Vince McMahon, Shane McMahon and more.

In the interview, Cappetta said he would like to see the role of the ring announcer return to professional wrestling.

“It added to the hype and how you felt,” he said. “The wrestlers of today are much more athletic than the ones of the past. It’s a mater of taking the athleticism that they possess and their looks continuing
to apply old school kind of rules. There were certain things that worked that drew the audience in. I want to see the reason why two wrestlers are fighting. I want to see what happens in the ring grab
the audience.”

Hear the complete interview as he talks about what were one of his favorite matches to announce and more stories. 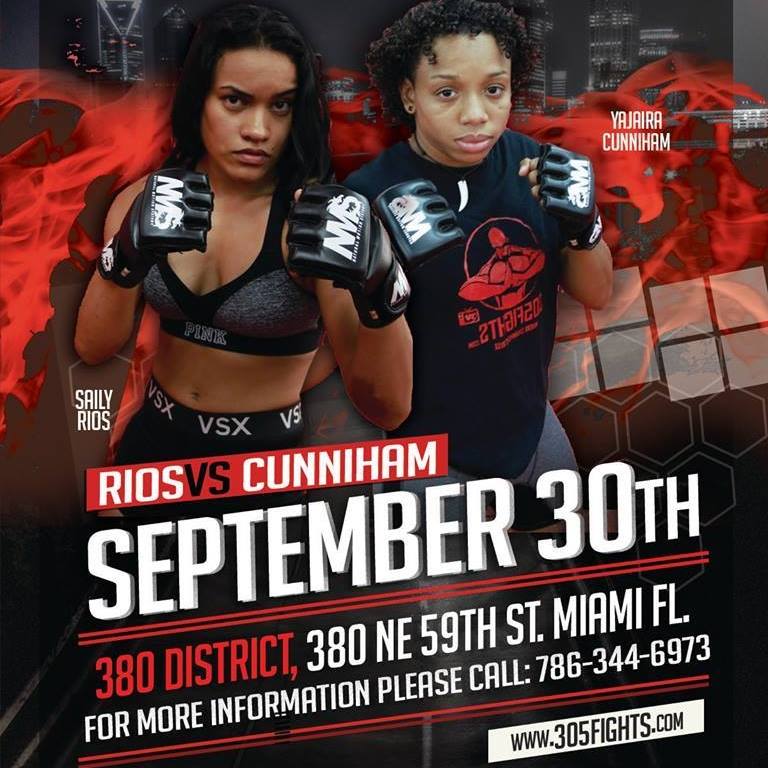 “We want to see future champions in the UFC and allow them to reach their goals,” he said.

There are 15 fights scheduled allow with three performances from local artists.