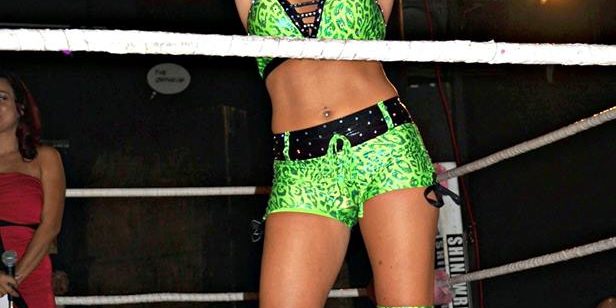 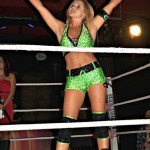 Professional wrestler Leah Von Dutch of World Wrestling Network Live has been in the business for less than three years, but see her perform in person and it might seem she has been doing it for years

Von Dutch wrestles Amber O’neal at SHINE wrestling June 27, which the stream could be watched live at www.wwnlive.com.

In an exclusive interview with The Roman Show, Von Dutch her goal is to eliminate all of the veterans of SHINE including O’neal. She is calling her the “veteran killer of SHINE”.

She said she is pumped to wrestle O’Neal.

“I am excited to wrestle her,” she said. “She’s been wrestling for a long time. I hope she’s on her a game. I’ve studied her matches. I want to get rid of the veterans. I hope she is ready to retire because that’s what I am going to do.”

She also talks about her inspiration to wrestling and what top names in the business have helped her become the star she is today. In the past, she won an essay contest that allowed her to speak to train for free at Squared Circle wrestling facility in Canada. She also got tips by WWE hall of famer EDGE.

“He dates Beth Phoenix. She’s helped me at times giving me feedback with meal plans,” she said. “She’s been awesome.