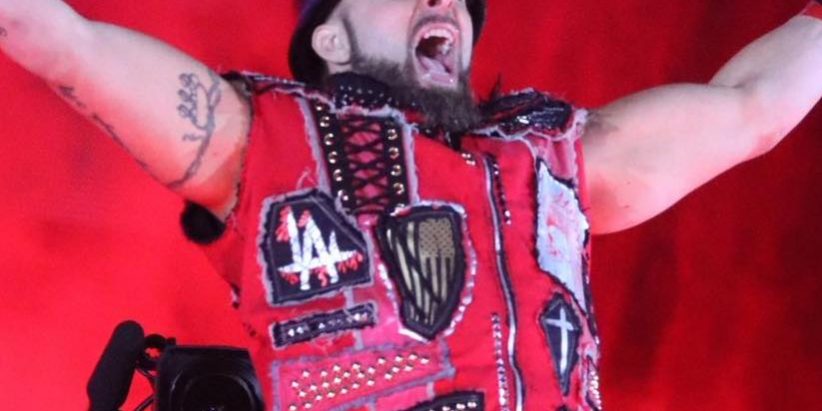 Archer is part of New Japan’s United States tour. He’ll be in action at the Charles F. Dodge City Center in Pembroke Pines. Tickets are on sale.

The former New Japan champion said having Jon Moxley and Chris Jericho part of this year’s WrestleKingdom didn’t “make or break” the large crowd they had for the two day event in Tokyo, Japan.

“I don’t think you should look at its important to have them,” he said. “It is important to have all of the talent that are a part of our shows. New Japan is doing the best business its ever done. There was a time where a bunch of guys left the company and people were like ‘oh these guys are leaving,” he said. But the way New Japan runs their business and what’s going on people don’t see it because it is in Japan but the hardcore fans, they see the shows. The American fans that are coming out to see the shows this weekend is a different experience and what New japan is different. Their business is very strong but to have a Jericho and Moxley at the shows is a cool thing, but it doesn’t make or break the show. I think that’s a misconception of what New Japan does with what they are doing in Japan. They add to the show. This show, the crowd that we drew I think were coming regardless if those two gentlemen where there or not. That’s not knocking them, I am just saying New Japan is doing a good show at producing.”

Archer also said he has a couple of names he would like to work with.

“Luchasaurus, Cody Rhodes we used to share a similar name as he is the American nightmare and I was the American Psycho,” he said. “The story we can tell would be cool. I’ve been lucky to work with pretty much everyone in New Japan. I’ve worked with Naito, but now he is a double champion I’d like to step in with him in a championship match.”

He also talked about his time when he was with WWE and how NXT has transitioned to where it is now.

“It’s good for the business,” he said. “It is good for NXT. When I was there with the company, they first stopped the ECW product and started NXT. The idea behind it was the reality competition thing was cool, but it didn’t translate to the wrestling fans.  When they started doing their own show or their own project, I think it’s where it should have been. It had its own cult following. I think it was a natural transition from where it was to were it was going to be.”

Hear the complete interview as he spoke about Keith Lee, his training and recovering jet lag.