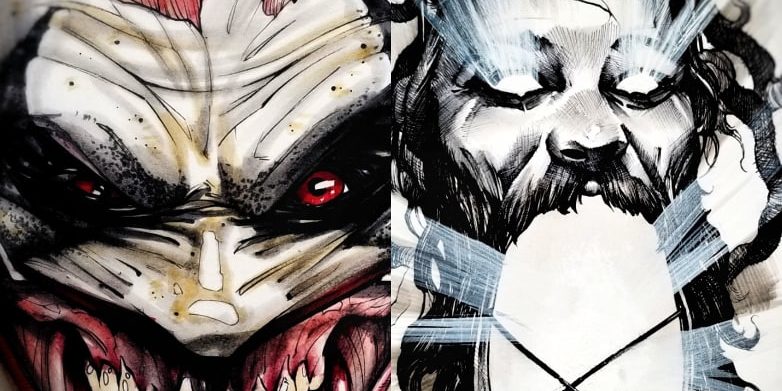 One of the minds behind The Fiend’s mask said the process of creating the art work was smooth.

The Roman Show spoke to Kyle Scarborough, a Missouri based tattoo artist, who was part of creating The Fiend’s mask, a character played by WWE superstar Bray Wyatt. He explained how the effort came to life.

“It started with I shamelessly reached out to Bray Wyatt about tattoos. As a tattoo artist, as a character he is a favorite so I took a chance of reaching out to him to see if I would get a response. I never thought in a million years that it would go anywhere. Fortunately for me he took the time to check out the work and he contacted me…”

Hear the complete interview below.

Scarborough said he wanted to work on a tattoo for Wyatt, but logistics didn’t favor the thought.

When RAW came to Missouri, Wyatt invited Scarborough, where they both spoke about concepts.

“The ideas he was throwing at me were out there,” he said. “It wasn’t what it is now, but it was brilliant to hear.”

In the fall, Wyatt contacted Scarborough and work for The Fiend began.

“He began to present me this concept he was meticulously detailed with what he was considering and had many points to make and it was up to me to put together,” he said.

He said that he believes The Fiend character was a work from Wyatt and the artistic process wasn’t challenging.

Hear the complete interview on this week’s episode.